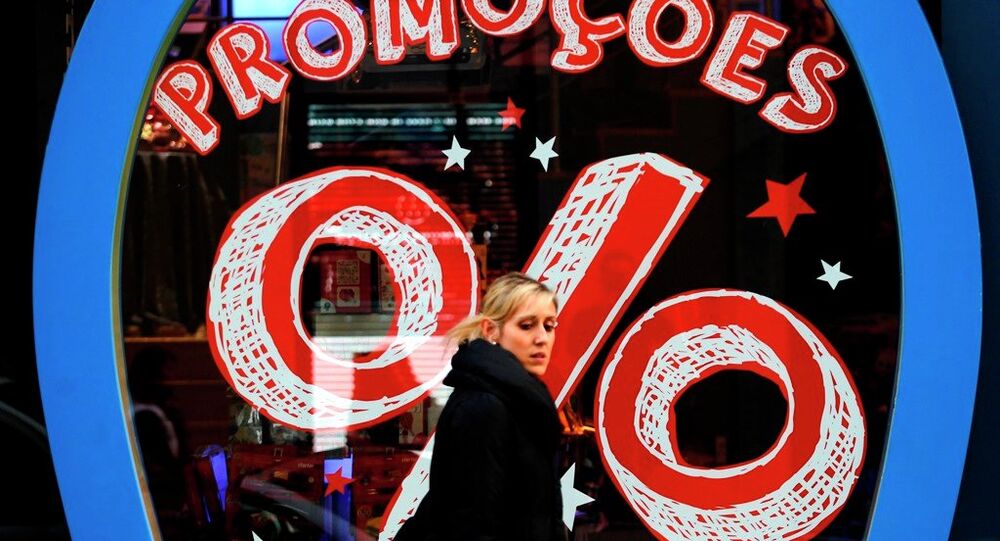 Portugal, once billed as the poster child for European austerity policies, needs to carry out a series of deep spending cuts and tax hikes if it is to get a grip on its dangerously high levels of debt, the IMF has warned, raising more concerns about the long-term effects of austerity measures.

Despite officially exiting its $85 billion (€78 billion) bailout program last year, there are still major concerns over the state of Portugal’s economy, particularly in relation to the country’s debt levels, with combined private and public debt at 360 percent of GDP — the highest in the whole Eurozone.

The IMF has headed the concerns, with the Washington-based fund calling on Lisbon to expand on cost-cutting policies in order to reign in the country’s deficit.

And while the most recent IMF report noted that the Portuguese recovery is broadly "on track," with favorable factors such as a low euro and a decrease in commodity prices helping the economy grow in recent times — the fund highlighted how another global downturn could plunge Portugal back into crisis.

"A sudden change in market sentiment due to concerns about the direction of economic policies or re-pricing of risk could render Portugal's capacity to repay more vulnerable," the report warned.

Following four-years of austerity, Portugal’s public debt has reached 127 percent of GDP, which the IMF says leaves the country "vulnerable to any prolonged financial market turbulence," which can also stifle future growth.

On top of debt problems, there are also concerns over Portugal’s unemployment rate, with the country’s jobless rate reversing recent trends and increasing slightly at the beginning of 2015.

The IMF’s latest assessment of the sluggish Portuguese economy has shown how damaging such policies can be for certain countries, while also demonstrating the long-term effects cost-cutting and belt-tightening measures can have.

From the IMF today: Portugal is still the problem child of the euro http://t.co/Gx6uAs29Ny pic.twitter.com/oY9lRdjynI

As a result, just like in Greece, Spain and more recently, the UK, there has been a significant public backlash against austerity policies on Portugal, with opposition parties vowing to end the country’s cost-cutting.

The anti-austerity Socialist Party (PS) is on track to win a majority in October’s elections, which some analysts suggest could completely derail Portugal’s current economic path.

However, critics of creditor-imposed austerity say such measures have stifled Portugal’s economy, limiting its potential to grow in the future, while adding that cuts to frontline public services have hit the country’s poor the hardest.

Despite some positive economic figures in other austerity-hit countries such as Spain, many critics are concerned that these positive statistics aren’t being seen in real terms, with many European countries still suffering high unemployment and slow growth.