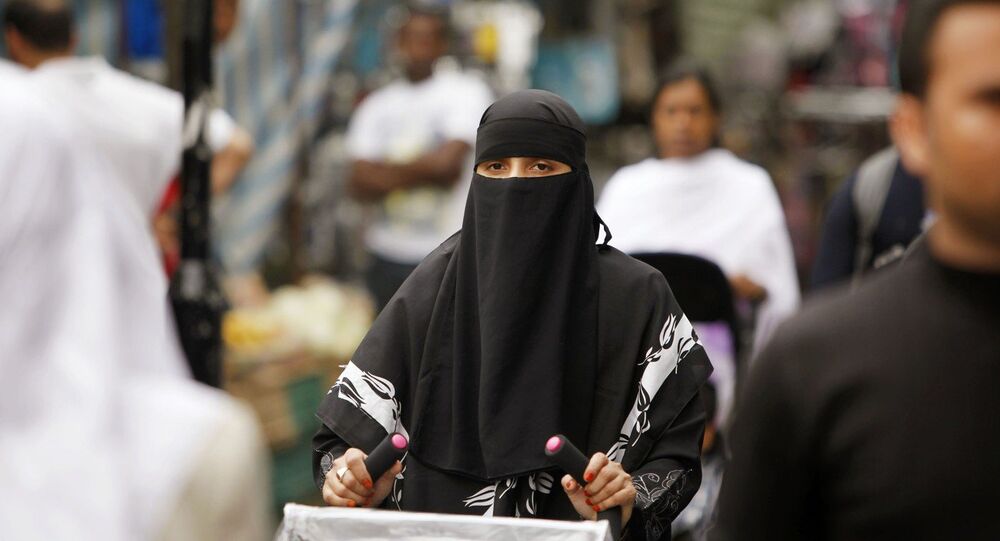 Crusade Against Tolerance? Estonia May Ban Migrants From Wearing Burqas

The Estonian government might ban potential migrants to the country from wearing burqas, traditional Islamic clothing for women that covers the entire face and body, in public places, Estonia’s Minister of Social Protection said Friday.

TALLINN (Sputnik) — In late July, EU member states agreed to redistribute some 55,000 asylum seekers from the Middle East and Africa, in an attempt to resolve the migrant crisis in the Mediterranean. Under the agreement, Estonia will receive over 150 refugees in the next two years.

"This concerns the security of the social area… There is no final decision on the issue yet but the Justice ministry will analyze which way of solving the problem will fit us," Margus Tsahkna said, as quoted by the Estonian Eesti Paevaleht newspaper.

© Sputnik / Ramil Sitdikov
Muslim Girls in Russia on Wearing Hijab, Loving, Refuting ISIL
Some European countries have been trying to limit the wearing of burqas for security reasons.

In May, the Dutch Government approved a ban on burqas in some public places, including education and healthcare institutions, government buildings and on public transport. A similar ban on face covering in public places has been in place in France since 2010.