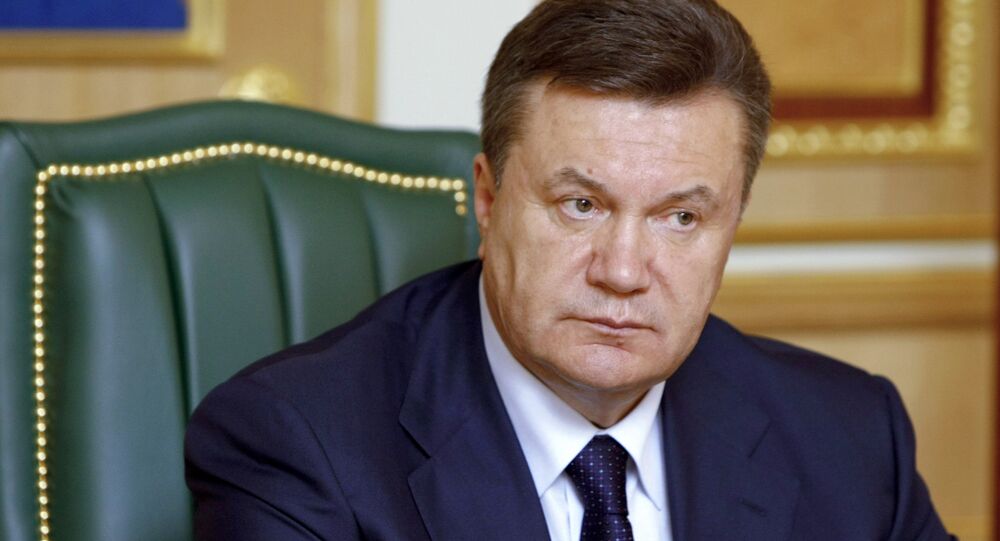 Viktor Yanukovich's interrogation is planned take place in a department of the General Prosecutor Office in Kiev on August 11.

Investigative and prosecutorial activities for the former leader are scheduled for August 11.

The summons was published in a local Ukrainian newspaper.

According to the document, Yanukovych’s interrogation is planned to take place in a department of the General Prosecutor Office in Kiev at 11:00 a.m. local time. The investigative activities are held within a criminal case under Chapter 5 of Article 191 (abuse of office) of the Ukrainian Criminal Code.

On July 28, Prosecutor General Viktor Shokin said a trial in absentia for the former president had been launched.

© RIA Novosti . Andrei Stenin
Poroshenko Admits Ukraine's ‘Revolution’ Was Staged by Criminals – Ex-Premier
According to Shokin, a Kiev court accepted the evidence in the case submitted by the General Prosecutor’s Office and authorized the trial process.

Yanukovych was ousted as President of Ukraine after a coup in February 2014 which also saw a change in the legislature. After Ukraine's parliament, the Verkhovna Rada, was stormed by protesters and Yanukovych's party ejected, there was a vote removing him from power.