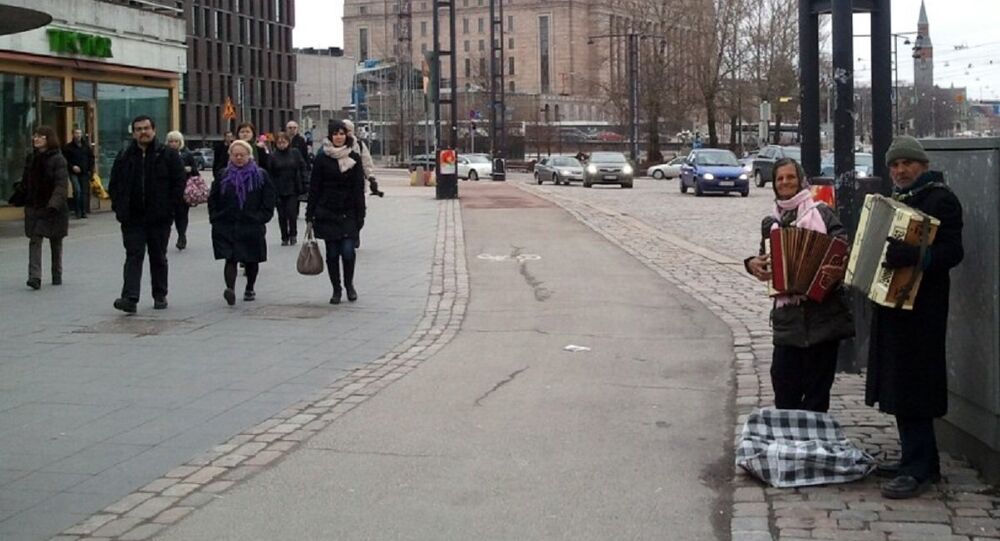 Jussi Halla-aho, a Finnish member of the European Parliament, said that societies across Europe are playing by Muslim migrant rules by using fear to provoke violent reaction.

MOSCOW (Sputnik), Daria Chernyshova — A policy of multiculturalism has not helped integrate Muslim migrants arriving in Europe from third-world countries, a Finnish member of the European Parliament told Sputnik Wednesday.

“Europe (and Finland) receives more third-world immigrants than it can integrate. On the other hand, the policy of multiculturalism which focuses on preserving "otherness" and cultural differences, does not contribute to successful integration,” Jussi Halla-aho said.

© Flickr / https://flic.kr/p/5w1dF
Poll Shows Finns Happier Living Next to Alcohol Rehab Clinic Than Mosque
“Finland seems to be no exception,” he said.

Earlier this week, a public opinion poll commissioned by Finnish Broadcasting Company Yle found that 43 percent of Finns would have no objection to a rehab facility for alcoholics being established close to where they live, but only 34 percent would be satisfied living near a mosque or Muslim prayer room.

In January, UK Independence Party (UKIP) leader Nigel Farage, commenting on the attack on French magazine Charlie Hebdo, said that the United Kingdom and Europe pursued “a really rather gross policy of multiculturalism and by that, what I mean, is that we've encouraged people who have come from different cultures to remain within those cultures and not to integrate fully within our communities."

Anti-Islamization sentiment has been on the rise in Europe in recent months amid the notoriety of the Islamic State jihadist group in the Middle East and several IS-inspired terrorist attacks in EU member states.

English May Soon Vanish From UK Schools Due to Migration - UKIP