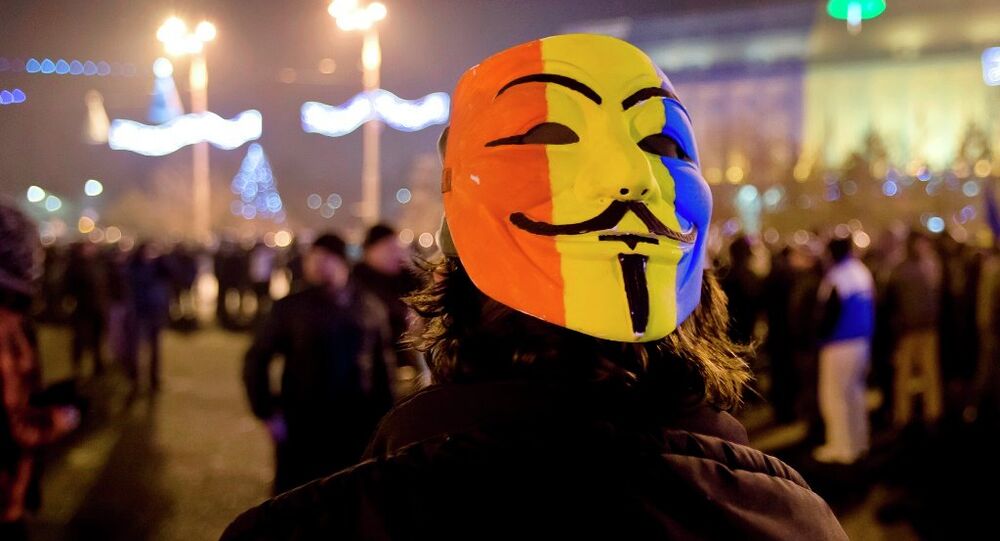 With the specific details of the US/EU Transatlantic Trade Investment Partnership (TTIP) sometimes difficult to decipher and the threat it poses for individual countries hard to measure, Global Justice Now has used a case in Romania to spell it out for people in Britain.

Global Justice press officer Kevin Smith has written an article in the Independent warning of a recent lawsuit case from a giant gold mining company against Romania, as an example why the TTIP should be stopped.

"What’s happening in Romania is a terrifying sign of what could happen if TTIP is passed. The corporate vampires are out for blood and won’t rest until they’ve drained a sovereign state of its money, and destroyed large parts of its land."

What Smith is referring to is a case involving the Romanian government and a corporate giant Gabriel Resources that wanted to develop a gold mine, flattening four mountains in the process and potentially poisoning lakes.

Amid huge protests against the development of the mine, Romania’s parliament decided not pass a law allowing the project to go ahead. And in 2014 an environmental report, required for the implementation of the project, was declared invalid by a Romanian court.

But, according to the article written by Smith, when its government took steps to stop the gold mine project, Romania was served with a lawsuit from a corporate mining giant in a secret court. Smith says:

"There’s nothing about the case that makes sense. The corporation has said it may seek up to $4 billion in 'compensation', which is half of Romania’s annual public healthcare budget."

Smith has used this case to suggest that under the TTIP deal with the EU and the US, cases like this "could become common in Britain".

Meanwhile Britain’s Prime Minister David Cameron supports the TTIP deal, suggesting it could add $16 billion (£10 billion) to the UK’s economy. But coming out vehemently against the TTIP deal is Member of Parliament Jeremy Corbyn, who is also vying for the position of Labour leader.

Writing an editorial in The Morning Star, Corbyn suggests: "This is not a traditional trade agreement but it is all about deregulating society, removing social standards and environmental regulations and ensuring that public services are opened up to private enterprise."

"The secrecy surrounding its contents is so great that not even government officials from EU member states have been allowed to see the documents up front."

More than 2.3 million people have signed a European Citizens’ Initiative calling for an immediate end to TTIP negotiations to stop the EU from entering a "secretive trade alliance" with the United States.

One of the biggest controversies surrounding the Transatlantic Trade Investment Partnership (TTIP) centers on the use of judges to settle disputes between governments and companies via the Investor-State Dispute Settlement (ISDS) system.

Protesters and politicians are concerned that companies will be able to wield too much power over governments, undermining the rule of law in sovereign states — as in the case of the gold mining company and the Romanian government.

EU, US See Progress in Talks on TTIP Regulations