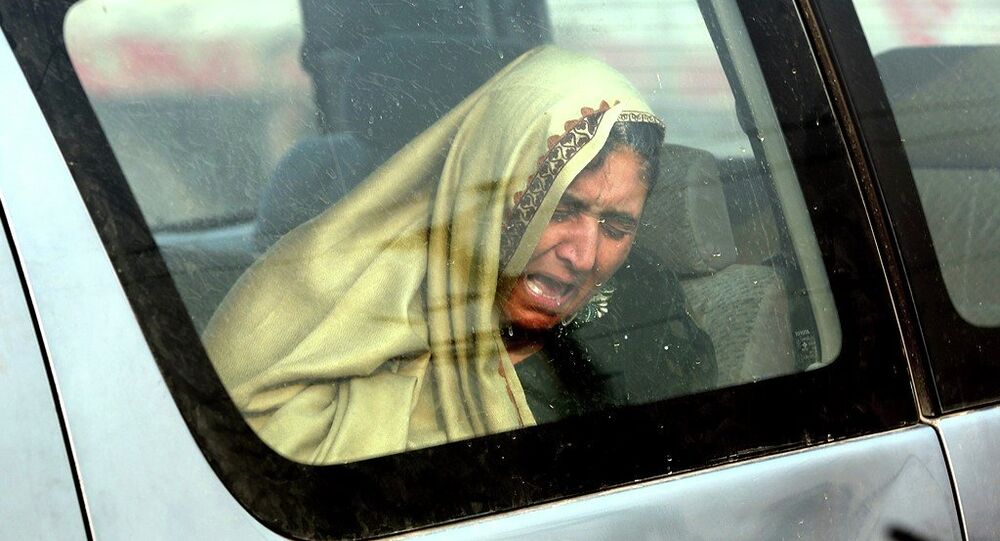 The escalating conflict in Afghanistan is having an increasingly devastating impact on locals in the country, with a new UN report finding that civilian casualties reached record highs during the first six months of 2015, raising more questions over the West’s withdrawal of troops from the country.

With the conflict entering its 14th year, a United Nations Assistance Mission in Afghanistan (UNAMA) report found that 1,592 civilians were killed and a further 3,329 were injured between January and July.

Total casualties have increased by one percent from last year, with the 2015 figure the highest on record since the UN began issuing its authoritative reports in 2009.

Child casualties increased by 13 percent from the same time last year, while there has been a 23 percent increase in the number of women killed or injured.

The statistics show that on average, nine civilians are killed every day and a further 18 wounded.

"This report lays bare the heart-rending, prolonged suffering of civilians in Afghanistan, who continue to bear the brunt of the armed conflict and live in insecurity and uncertainty over whether a trip to a bank, a tailoring class, to a court room or a wedding party, may be their last," Zeid Ra’ad Al Hussein, UN High Commissioner for Human Rights, said.

While the statistics have shown that civilians are increasingly coming under fire, it also demonstrates how local government forces are struggling to cope with attacks from rebel groups, such as the Taliban, following the US-led NATO withdrawal from Afghanistan in December.

Many were highly critical of the Western withdrawal of troops after more than a decade in Afghanistan, as it was considered to be a rather hasty exit that could leave the country in a dangerous unstable state.

The figures have also revealed a changing dynamic in the county’s conflict following the NATO withdrawal.

Since the Western military exit, local Afghan forces have been fighting with decreased air power and material support, which as a result, has moved the conflict closer to residential areas, where weapons such as rockets, mortars and grenades have been used in close proximity to houses and businesses. Graeme Smith, a senior analyst with the International Crisis Group in Afghanistan, told AFP:

"When the NATO combat mission was on, the Taliban mostly used guerrilla tactics. Now they've grown bolder as they face Afghan forces directly. That explains why civilian casualties have risen, though not as dramatically as in previous years."

While the NATO combat troops were pulled from their combat missions at the end of last year, a group of 13,000 has remained in the country to help with training and counter-terrorism operations.

Due to the increase in insurgent attacks, the conflict in Afghanistan has spread geographically, with Taliban forces undertaking an offensive in the north of the country.

As a result, police and government forces have teamed up with local, irregular militia groups for help.

However, there have been major concerns over the conduct of these forces, with a UN report finding that the irregular armed groups committed "deliberate killings, assaults, extortion, intimidation and property theft," while they have also been responsible for 11 percent of pro-government caused civilian casualties.

The Afghan conflict continued to exact a heavy toll on Afghan civilians in the first six months of 2015, with civilian…

"The cold statistics of civilian casualties do not adequately capture the horror of violence in Afghanistan, the torn bodies of children, mothers and daughters, sons and fathers," UNAMA chief Nicholas Haysom said.

"The statistics in this report do not reveal the grieving families and the loss of shocked communities of ordinary Afghans. These are the real consequences of the conflict in Afghanistan."

Haysom also called on greater efforts to be made to find a peaceful solution to the conflict that is spirally increasingly out of control.

"Afghan civilians have suffered far too long from this destructive conflict. The devastating consequences of this violence against civilians as documented in this report should serve to strengthen the broad conviction that peace is urgently needed."