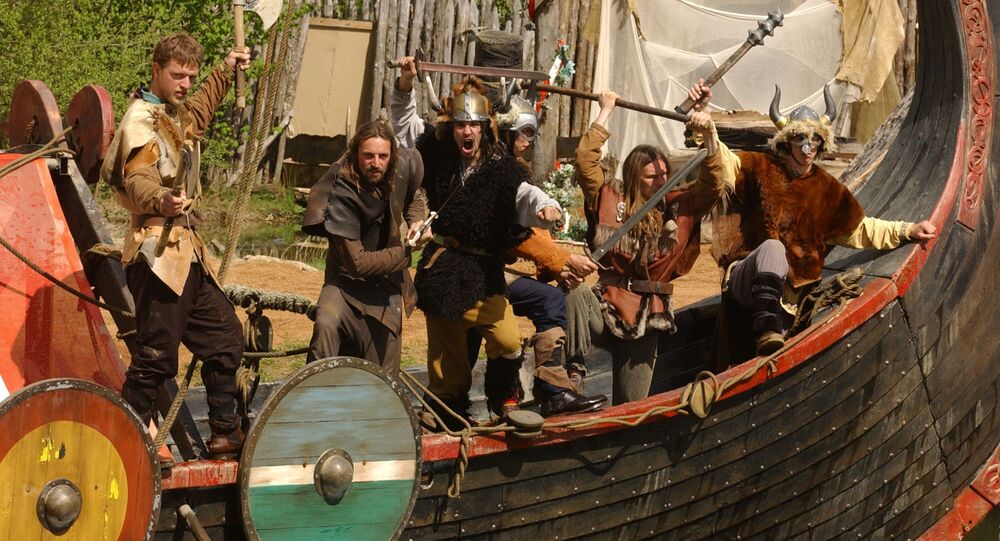 To Valhalla! Norwegian High School Brings Back the Viking Age

© Flickr / Andriy Baranskyy
By Thor's Hammer! Sweden's School Kids to Get Viking Language Lessons
A Norwegian high school has started a program for would-be Vikings where students will learn how to sail a Viking ship, build an ancient house and forge a sword.

Rector of Seljord Folk High School, Arve Husby pointed out that students are showing great enthusiasm for the program.

According to Husby, some of the applicants have become interested in the Vikings' lifestyle after watching the TV series "Game of Thrones" and "Vikings," others are dreaming about developing handicraft skills, such as pottery, woodwork, shoe making and charcoal production.

"We give a high quality education, and if TV series get people interested, we are happy," Husby noted.

One of the school's staff Jeppe Nordmann Garly, a Danish national who dubs himself "the world's first Viking teacher," has devoted his life to learning Viking crafts and skills.

Garly admitted that he is fond of Middle Age-themed dramas, adding that his favorite is the "Game of Thrones" series.

Together with his students, Garly is planning to visit England's famous Jorvik Viking Center located in the city of York.

Remarkably, the center is standing on the site of a genuine Viking-Age city. The medieval city of Jorvik, discovered by British archaeologists in the 1970s was founded more than a thousand years ago by Norse warrior-kings.

Norwegian Companies Have Positive Prospects for Working in Russia

It's All About Gas: EU Finds Potential Energy Supplier to Replace Russia?