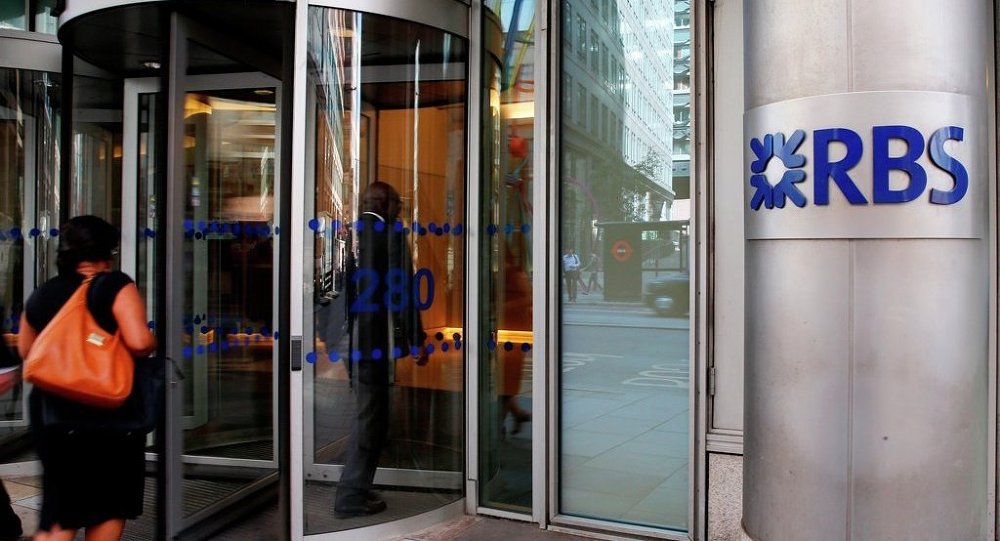 UK Chancellor George Osborne has defended his decision to initiate the sell-off of the British government's stake in the Royal Bank of Scotland (RBS), after being accused of short-changing the public for selling shares at a price below their purchase value.

Osborne sanctioned the first sell-off of the government's stake in the RBS, which has reduced the taxpayers' holdings in the bank from 79 percent to just below 73 percent.

This comes after $70 billion (£45 billion) worth of government funds was used to rescue the RBS amid the financial crisis of 2008-2009.

Although Britain raised $3.3 billion (£2.1 billion) through the overnight sale of shares, critics have said that the government's decision to sell the shares for a third less than what the taxpayer paid for them on average has ultimately ripped off the public.

It's been estimated that the government suffered a loss of more than one billion pounds based on last night's sale, while forecasts have predicted that if the UK's whole stake in the RBS is sold at the same price, the government will lose $23 billion (£15 billion) on its investment.

"RBS had to be bailed out urgently, but it doesn't have to be sold off at the same speed," Chris Leslie, the shadow finance minister said, while adding that "…getting back the taxpayers' money is not an impossible objective and the chancellor is dismissing this too lightly."

So this explains why George Osborne undersold that RBS stake for a £1b loss #theresosborneveryminute pic.twitter.com/k9sECh3Pwd

Leslie also criticized the timing of the sale, which comes amid fears the bank could be fined by as much as $12 billion (£8 billion) by US authorities for the manner in which it sold mortgage bonds before the financial crisis.

"The Chancellor needs to justify his haste in selling off a chunk of RBS while the bank is still awaiting a US settlement for the mis-selling of sub-prime mortgages."

Ian Gordon, a banking analyst at stockbroker Investec also joined in the criticism, saying he was "perplexed" by the timing, which he believes "arguably sold the taxpayer short."

Others like Brenda Kelly, head analyst from the London Capital Group likened the decision to similarly criticized financial deals made by previous British governments.

"This will likely be a subject of controversy for a while akin to the Gordon Brown sale of UK gold reserves 15 years ago."

Method Behind the Madness?

Despite the barrage of criticism from political opponents and those in the banking industry, the chancellor defended his decision, saying it was part of the overall plan to push banks back into private hands.

"This is an important first step in returning the bank to private ownership, which is the right thing to do for the taxpayer and for British businesses: it will promote financial stability, lead to a more competitive banking sector, and support the interests of the wider economy. Now is the time for RBS to rebuild itself as a commercial bank, no longer reliant on the state, but serving the working people of Britain."

Some analysts believe Mr Osborne's decision is part of a wider plan aimed at encouraging private investment in the banks following the financial crisis, with the government hoping that the price of shares in the bank will eventually rise.

How ironic that Establishment attacks on #Corbynomics coming in on day that 'brilliant' GeorgeOsborne sells OUR #RBS shares at £1.07bn loss

It's also thought that even if the government is to sell off RBS shares at a loss, they will hope to recoup their investment in the sale of shares in other bailed out banks such as Lloyd's and Northern Rock.

Following recommendations and advice from bankers at Rothschild, Osborne last month said that he believed the government would make a $22 billion (£14.3 billion) profit from the bailout program.

The sale will also help to boost the government's coffers and political stance in the short-term, by injecting the country with more cash to back-up claims of an ever-improving British economy.

Despite the government's response to the sale, critics say that any sale should have been halted until the share price rose above the buying price.