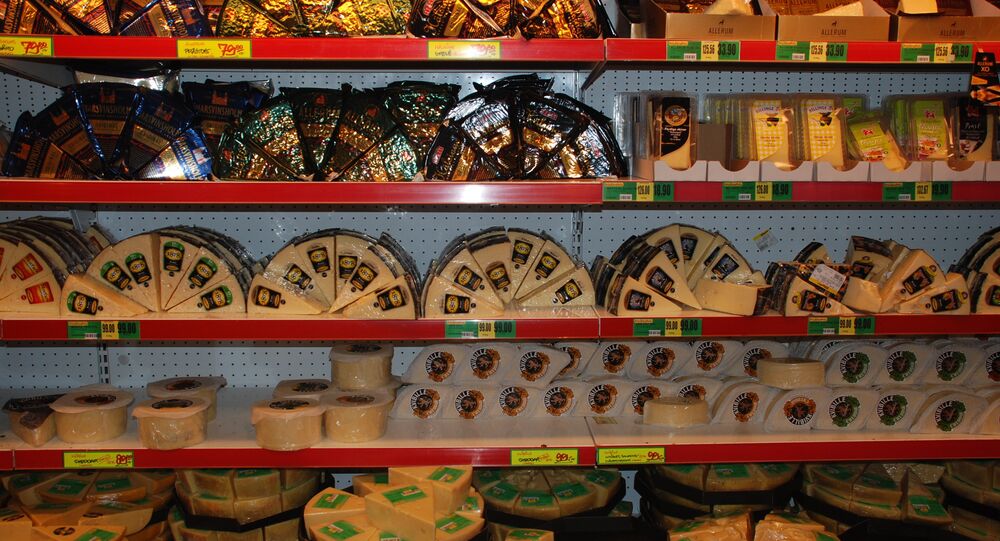 An analysis carried out by the Swedish newspaper Dagbladet found that Sweden has lost 1.5 billion kronor [$173 million] in exports to Russia as a result of the Western imposition of sanctions against Russia, and Russian countersanctions.

Exports to Russia of Swedish food, drink and tobacco products have fallen by 45 percent since Western governments began the sanctions war with Russia, according to an analysis of the effect of sanctions published in the Swedish daily newspaper Dagbladet.

© Photo : tsushima.su
Swedish Neutrality May Be the True Object of Hunt in the Country’s Waters
Arla, a producer of dairy products, reported a loss of around one million kronor [$116,000] since August 2014 as a result of sanctions.

The policy of curtailing imports in favor of stimulating domestic production has also had a negative effect on the Baltic Sea shipping lines, laments Sveriges Radio:

"This is especially noticeable when a Russian container ship returns to St. Petersburg empty, when it could have been filled with Swedish and Finnish products."

In addition to countersanctions banning the import of meat, poultry, fish, seafood, dairy products, fruit and vegetables from countries which had imposed sanctions on Russia or Russian nationals, which were first announced in August 2014, stricter controls on imports, including the necessity of obtaining special permission in order to send exports to Russia, have also contributed to the economic burden on Swedish exporters, wrote Dagbladet.

According to figures from the Swedish Chamber of Commerce, around 90 Swedish companies have made requests for special permission to export to Russia, in general firms working in the areas of mining, construction, forestry and infrastructure.

Back to Surface: Old Russian Sub Found in Swedish Waters Could Be Lifted