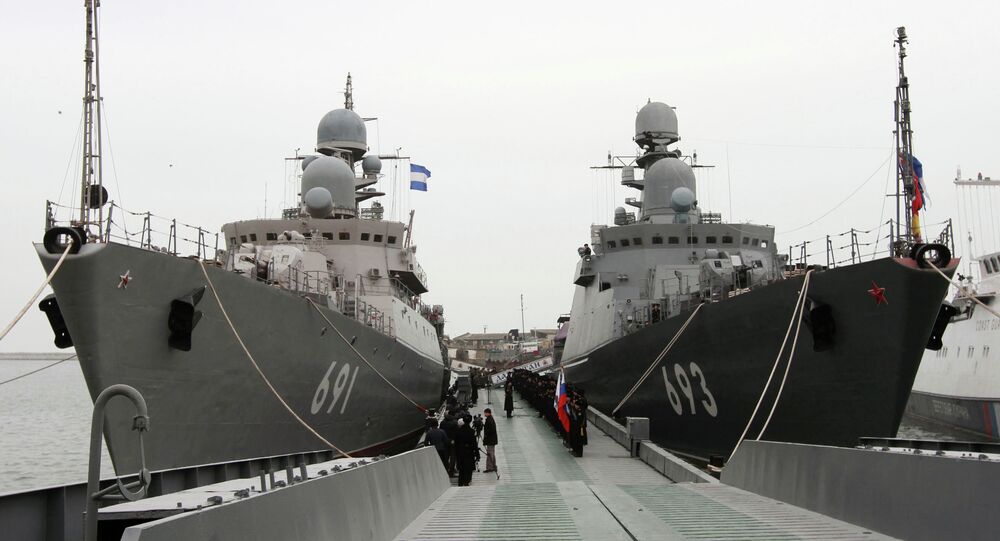 Riussia will hold joint naval drills with Azerbaijan and Kazakhstan in the Caspian Sea, according to Navy Commander-in-Chief Adm. Viktor Chirkov.

KASPIYSK (Sputnik) — Russia, together with Azerbaijan and Kazakhstan, will hold two joint naval exercises in the Caspian Sea by the end of 2015, Navy Commander-in-Chief Adm. Viktor Chirkov said Monday.

Between August 3 and 11, the Caspian Sea is hosting the open naval competitions Caspian Cup-2015 and Caspian Derby-2015, as part of the International Army Games.

"We are planning to hold at least two international naval drills in the Caspian Sea before the end of 2015," Chirkov said at the competitions' opening ceremony.

© Sputnik / Alexander Vilf
Russia Hosts First International Army Games
He added that one of the exercises would be tripartite, with the participation of the Russian Caspian Flotilla, the Azerbaijani Navy and the Kazakh Navy. The second round of naval drills will involve only the Azerbaijani and Russian forces.

According to Chirkov, during the exercises the countries will work on interoperability in order to strengthen stability and eliminate any security threats in the Caspian Sea.

Russia’s International Army Games-2015, held on August 1-15, bring together more than 2,000 foreign troops from 17 countries, including Azerbaijan and Kazakhstan.

The contests are being held in 11 different locations across Russia.