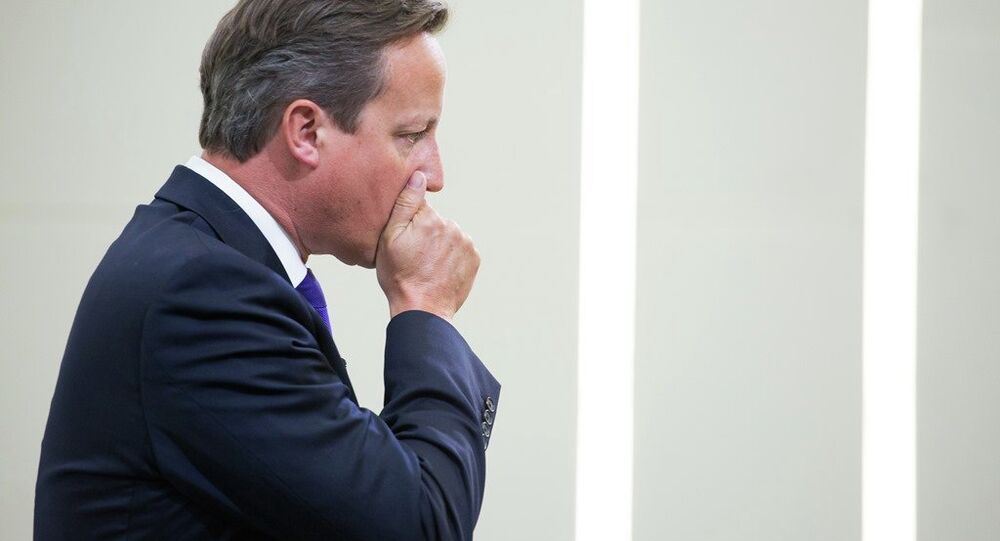 The Church of England criticized David Cameron for dehumanizing comments on the migrant crisis in Calais.

On Thursday, Cameron stated that a "swarm of people" attempting to enter the United Kingdom were responsible for the chaos at Calais.

“To put them [migrants] all together in that very unhelpful phrase just categorizes people and I think he could soften that language – and that doesn’t mean not dealing with the issue. It means dealing with the issue in a non-hostile way,” Trevor Willmott the bishop of Dover, speaking with the backing of the church, is quoted by the Guardian.

© REUTERS / Peter Nicholls
Opponents, Supporters of Eurotunnel Migration Clash in UK
Willmott added that the British authorities became harsh with each other and called for rediscovering the humanity.

In recent weeks, the hundreds of migrants have been trying to enter Great Britain via the Channel Tunnel between the town of Folkestone, in south-eastern England and Coquelles, near Calais. Their attempts caused traffic disruptions in the Channel Tunnel and caused several deaths among the migrants.

Earlier in July, British authorities confirmed new plans to deter the undocumented migrants from entering Great Britain, including the construction of a new $11-million 1.2-mile fence around the Eurotunnel site at Coquelles and extra sniffer dogs.