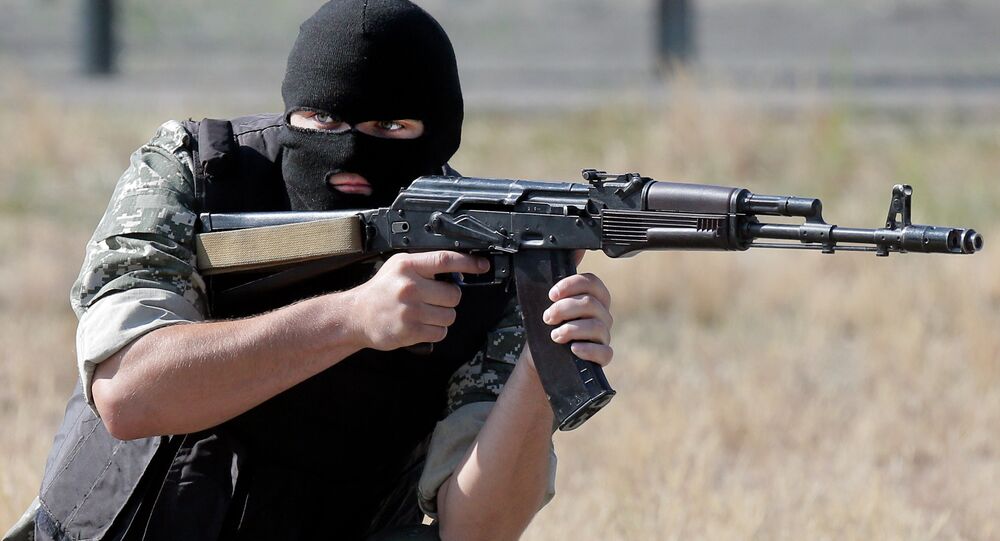 Ukraine’s Rivne Region is on the brink of war with the government in Kiev, said Yevhen Deidei, a Ukrainian soldier who fought in Donbass and is also a member of parliament in the Verkhovna Rada, according to TV Channel Zvezda.

Local authorities are tired of the current government's criminal policy and are ready to take up arms to defend their rights, Deidei said.

Rivne residents contacted Deidei who arrived to the region to check out the situation personally. He was horrified by what he had seen: corruption of government officials and the poor economic situation of local residents were widespread.

Under the current circumstances, local residents have no other choice but to defend their rights with arms in hand. Rivne will soon become the "second Donbass", the Rada MP concluded.

If things get heated in Rivne, Ukraine won't be able to survive fighting on two fronts; the government will quickly crumble to pieces.

© AFP 2021 / SERGEI SUPINSKY
Ukraine Must Restore Economy Itself, EU Not a Solution – Finnish Lawmaker
That's why something has to be done quickly to avoid the second military conflict in Ukraine. The problem has to be "solved now and drastically," Deidei said.

Meanwhile, violence in Ukraine's southeast continues, despite the February ceasefire agreement signed by representatives of Kiev and the self-proclaimed people's republics of Donetsk and Lugansk in the Belarusian capital Minsk.

Both Kiev and DPR and LPR (Lugansk People's Republic) have accused each other of ceasefire violations.

According to UN estimates, fighting in eastern Ukraine, which started in mid-April 2014, has killed over 6,500 people.