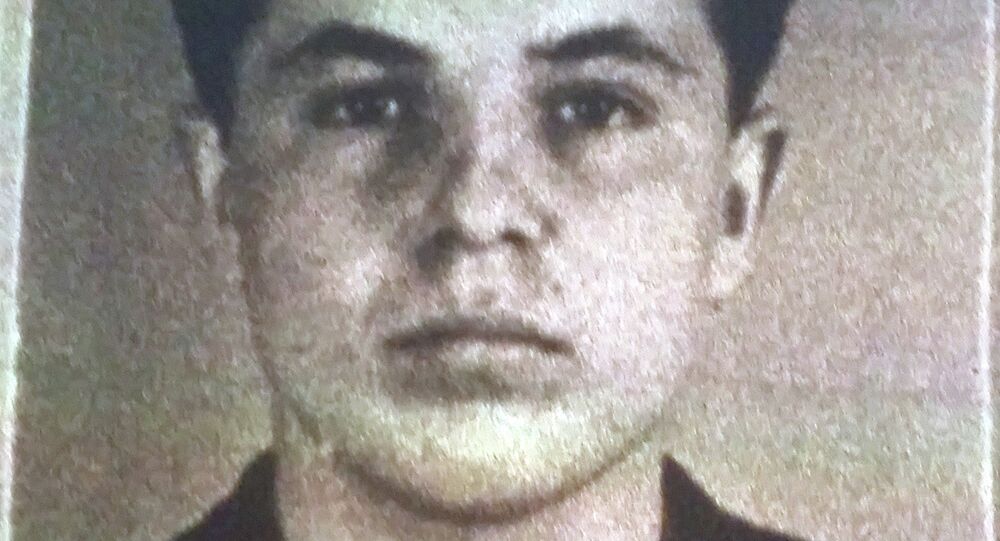 The US citizen Michael Karkoc accused of war crimes was declared unfit for trial. In the 1940s, he gave orders to destroy Polish villages and then deceived American authorities to get residence permit in the United States.

Munich prosecutor Peter Preuss announced that the decision was made in accordance with a medical examination made by US doctors responsible for Karkoc’s treatment. The lawyer of the former SS-commander refused to allow another checkup by a German specialist, CTV News reported.

"There are no doubts about the authenticity of the documentation of his treatment," Preuss said, adding that he can’t reveal any further details on the grounds of privacy.

Twitter / Sergey Bobkov
Ukrainian Nazi Militants to Face Trial for War Crimes - German Media
The investigation started in 2013, after AP released an article establishing that Karkoc was responsible for burning a number of villages during World War II. He was a commander of a SS-led unit and personally gave orders to destroy a Polish village in 1944. After the end of the war, he deceived American officials to hide in the United States and get a residence permit there.

The case, though shelved, can be reconsidered at any time if the situation changes. But in Karcoc’s circumstances this is highly unlikely.

Poland also started an inquiry into the case, which remains open.

Karcoc’s family denies the accusations and claims his non-involvement in the Nazi atrocities.