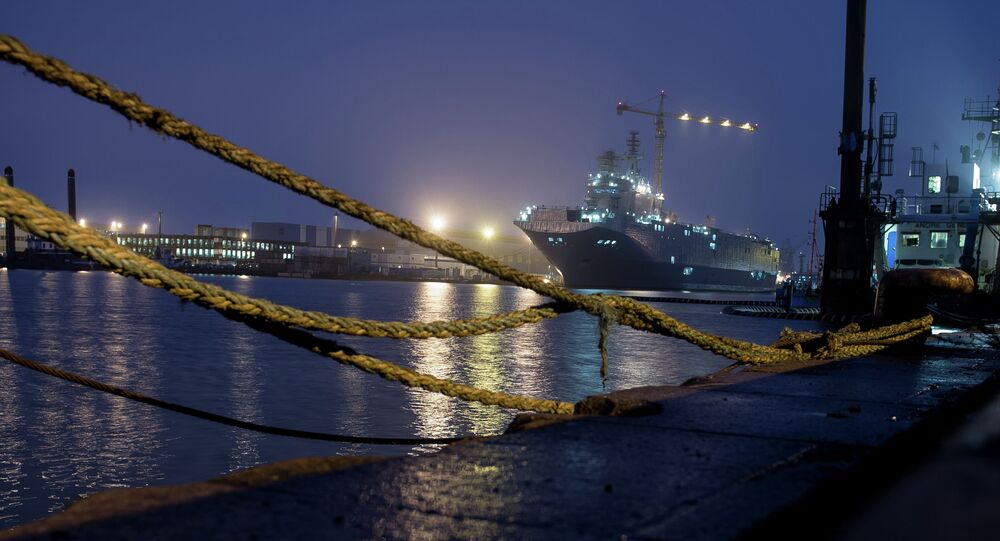 France and Russia have not settled the Mistral contract termination, according to Francois Hollande.

"We have not reached an agreement yet," the RTL cited Hollande as saying.

Russian president's aide on military-technical cooperation, Vladimir Kozhin, said Thursday that Russia and France had agreed the terms of the settlement of the contract on delivery of two Mistral-class helicopter carriers to Russia, which had been suspended by Paris.

Russia and France signed a 1.2-billion euros ($1.32 billion at current exchange rate) contract for the purchase of two Mistral-class helicopter carriers in 2011. However, in November 2014, France suspended the contract, citing Moscow's alleged participation in the Ukrainian conflict.