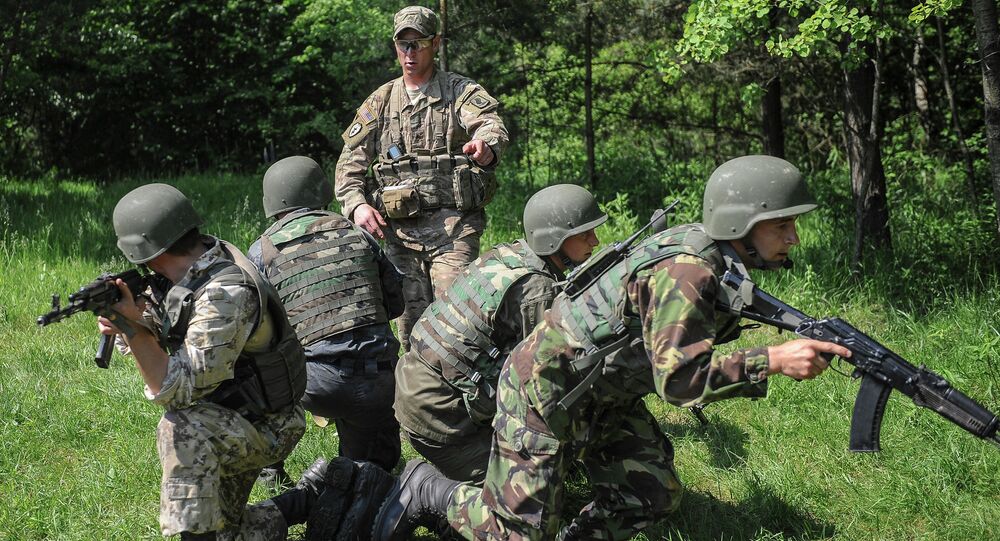 The Austrian Federal Ministry of Justice launched an investigation into the recent attempt by US soldiers to smuggle undeclared M16 assault rifles and pistols into Ukraine, however, there was no reason to detain the servicemen, according to chief prosecutor.

© REUTERS / Leonhard Foeger
Austrian Police View Armed US Soldiers in Vienna as Serious Issue
MOSCOW (Sputnik) — A pre-trial investigation into the recent attempt by US soldiers to travel to Ukraine via Austria without a weapons permit will take several weeks, the chief prosecutor at the Austrian Federal Justice Ministry told Sputnik on Friday.

On Wednesday, Austrian media reported that a group of nine US soldiers carrying undeclared M16 assault rifles and pistols were stopped in Vienna International Airport on their way to Ukraine. The soldiers were subsequently deported to the United States.

"There is an investigation going on. It is a pre-trial investigation. It will last some weeks," Karl Schober said.

The fact that the soldiers were not detained in Vienna but were sent back to the United States caused a wave of criticism in some corners. The chief prosecutor explained that the soldiers did not have a permit for the import of weapons, that is why they were sent home.

"There was no reason to arrest them and keep them in Vienna," Schober told Sputnik.

US European Command spokesman David Westover told Sputnik on Thursday that the Marines were stopped on July 19 while traveling on NATO orders via Vienna on commercial flights from Alaska to Ukraine. The group was scheduled to participate in the exercise Saber Guardian in Ukraine.