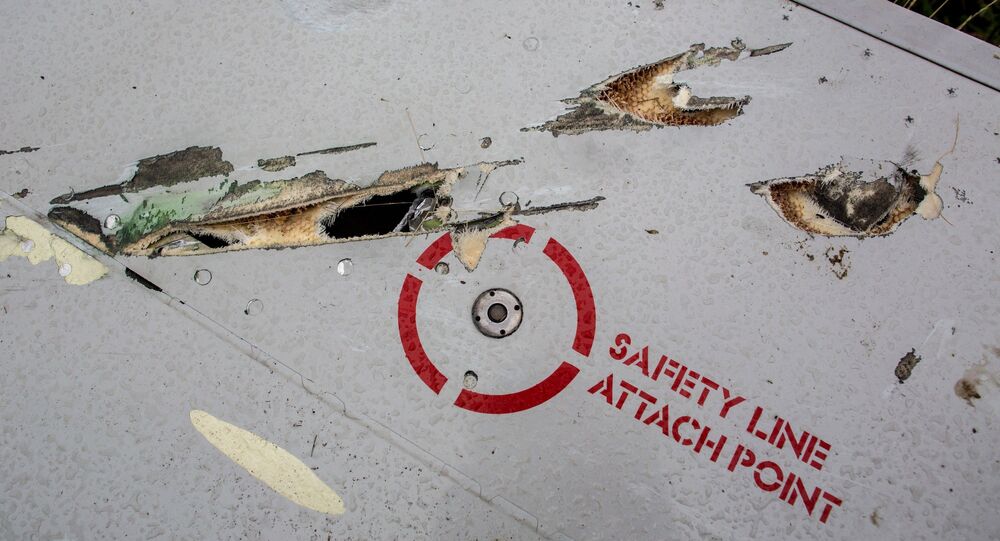 A Czech member of the European Parliament questioned the objectiveness of the Dutch investigation into the crash.

© Sputnik / Igor Maslov
MH17 Tribunal Idea Provocation Against Russia Since Very Beginning
MOSCOW (Sputnik) — There is no need to establish an international tribunal into the MH17 Flight tragedy in eastern Ukraine, a Czech member of the European Parliament told Sputnik Thursday.

“I think that there was no sense in setting up a tribunal on that [the crash],” Jiri Mastalka said.

“You cannot change the rules as you go just because someone wants to do so," he continued.

On Wednesday, Russia blocked a draft UN Security Council resolution on the creation of an international tribunal to prosecute the perpetrators of the downing of Malaysia Airlines Flight MH17. A total of 11 out of the 15 UNSC member-countries supported the draft, proposed by Malaysia. The initiative was backed by Australia, Belgium, the Netherlands and Ukraine.

Moscow argued that the initiative was premature and insisted on waiting for the results of the official Dutch Safety Board investigation.

© Sputnik / Mikhail Voskresenskiy
Russia Regrets Non-Participation in MH17 Crash Investigation
However, Mastalka also questioned the objectiveness of the Dutch investigation into the crash.

“We can now only hope for the objectiveness of the [Dutch] investigation, I stress – hope,” Mastalka said.

On Thursday, Kremlin spokesperson Dmitry Peskov said that the investigation into Malaysia Airlines Flight MH17 crash in eastern Ukraine in 2014 needs to be objective and free of politics.

In September 2014, the Dutch Safety Board released a preliminary report into the crash, which concluded that the plane broke up in mid-air after being hit by a number of high-energy objects that penetrated the plane from outside.

A final report from the Dutch Safety Board, authorized to conduct the official investigation into the MH17 incident, is due to be presented in October.