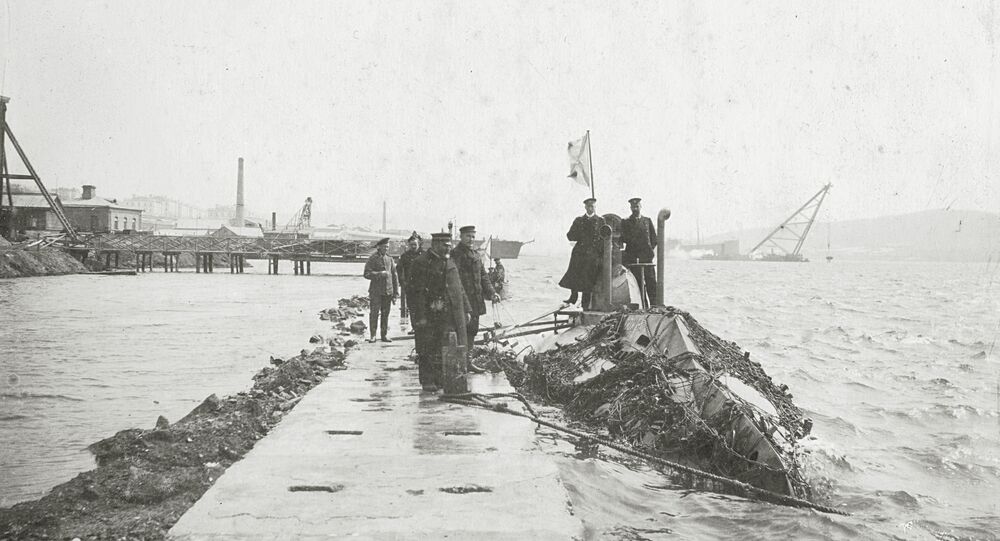 Back to Surface: Old Russian Sub Found in Swedish Waters Could Be Lifted

A new chapter in the dramatic story of the recently discovered World War I-era Imperial Russian Navy submarine is about to start – salvage hunters plan to file a request to lift the Som, Alex Max of the Icelandic company iXplorer ocean research told RIA Novosti.

"We want to obtain the permit to lift the sub and raise it. We also want to bury the crew with honor, with their relatives present," he said. Max estimates that the operation could cost up to $8 million.

IXplorer and Ocean X Team made the amazing discovery last week causing a media storm. After all, Sweden has been desperately trying to locate a Russian submarine in its territorial waters for a long time.

In October 2014, Swedish authorities carried out a weeklong search operation, which cost taxpayers a staggering $3 million, despite the fact that Russia's Ministry of Defense repeatedly said that there were no Russian vessels in the area.

The discovered wreckage was not a high-end Russian submarine but a small submersible which went down almost a century ago.

"The Som (Catfish) sank after a collision with Swedish vessel Ongermanland on May 10, 1916. All members of the crew are likely to have been killed," Max explained. The explorer added that he was searching for the information on the submarine in Swedish and Russian archives for two years.

© Photo : tsushima.su
Sweden Finally Gets Their Russian Sub (But It's 100 Years Old)
The first Som-class submarine, known at first as Fulton, was built in 1901 upon the project of John Philip Holland, an Irish engineer often considered the father of modern submarines. It was transported to Russia and delivered to Vladivostok in 1904. A total of seven Som-class subs were built for the Imperial Russian Navy in 1904-1907.

The exact location of the Som has not been disclosed. The team which discovered the submarine plans to send divers and examine the find in the days to come.

We All Live for a Russian Submarine