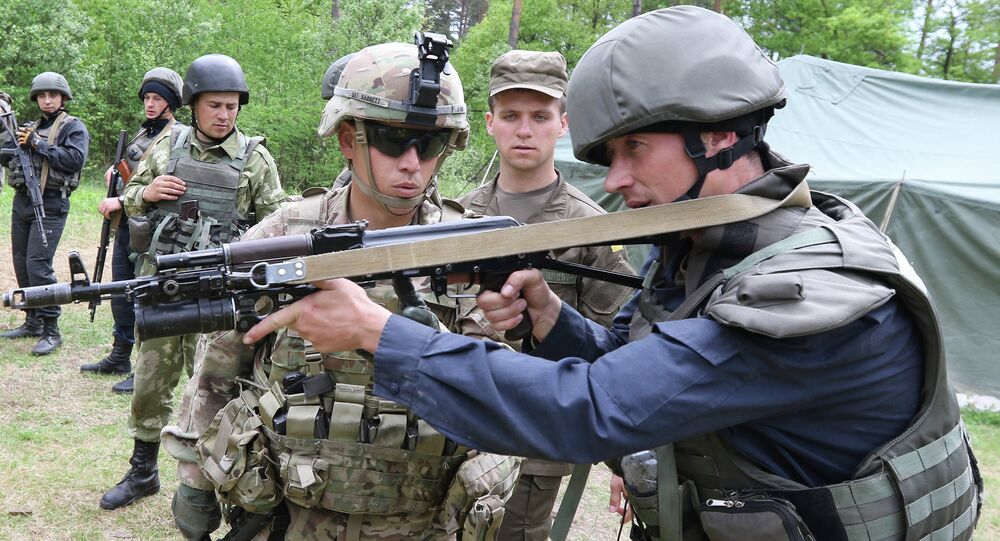 The soldiers carried assault rifles in their luggage, but had no approval, Kurier reported.

A few days ago, a group of American soldiers caused a security alert at Vienna’s Schwechat airport. The men were stopped while trying to travel with army weapons to Ukraine without any necessary permits, the newspaper wrote.

The Austrian police had to intervene and remove the weapons. An investigation into the case was launched.

The nine US soldiers were on their way from Washington to Ukraine, where they were to be deployed.

"However, since there were problems with their connecting flight after a stopover in Schwechat, they had to rebook their flight and, therefore, leave the transit area," Colonel Michael Bauer, Defense Ministry spokesman said.

© AFP 2021 / DPA / MICHAEL KAPPELER
US Soldiers Banned From G7 Zone for Fear of Attacks by Peaceful Activists
M16 assault rifles and pistols were discovered in the luggage of the American soldiers at a security checkpoint. The incident caused huge shock, because the weapons were not declared and registered and, thus, carried illegally.

The soldiers had not obtained the required transit approval by Austria. In special cases, the stay or transit of foreign military forces may be officially allowed after completing the application procedure, but the US soldiers did not send any required requests.

The attempt by the American embassy to obtain the approval after the incident was rejected for legal reasons. Instead of going to Ukraine, the soldiers had to fly back home to Washington and were allowed to take the weapons with them, the newspaper reported.