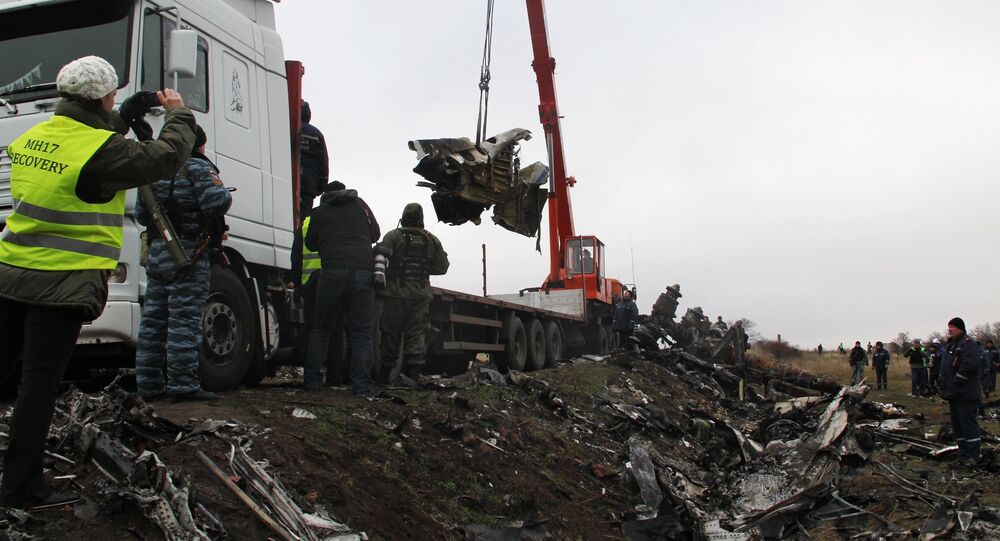 The results of the MH17 crash will be announced at the end of August, a senior Ukrainian official said.

On Wednesday, Russia vetoed the UN Security Council resolution to create an international tribunal to investigate MH17 plane crash, having repeatedly stressed the importance of waiting for a final report from the Dutch Safety Board.

Flight MH17 was en route from Amsterdam to Kuala Lumpur when it came down in conflict-torn eastern Ukraine on July 17, 2014, killing all 298 people on board. Donbass independence supporters and Kiev forces — the sides to the Ukrainian conflict — have blamed each other for the downing of the plane.

© Photo : mil.gov.ua
Twitter Users Find Ukrainian Buk-M1 System After Kiev Denies Existence
The Dutch Safety Board, which is authorized to conduct an investigation into the MH17 incident, released a preliminary report on the crash in September 2014, suggesting that the plane broke up in mid-air after being hit "by a number of high-energy objects penetrating the plane from the outside."

In June, Russian arms manufacturer Almaz-Antey unveiled the results of its own inquiry into the crash, showing that flight MH17 was downed by a guided missile launched by the Buk-M1 system, which is in service in the Ukrainian army.

A final report by the Dutch Safety Board is expected to be released in October.