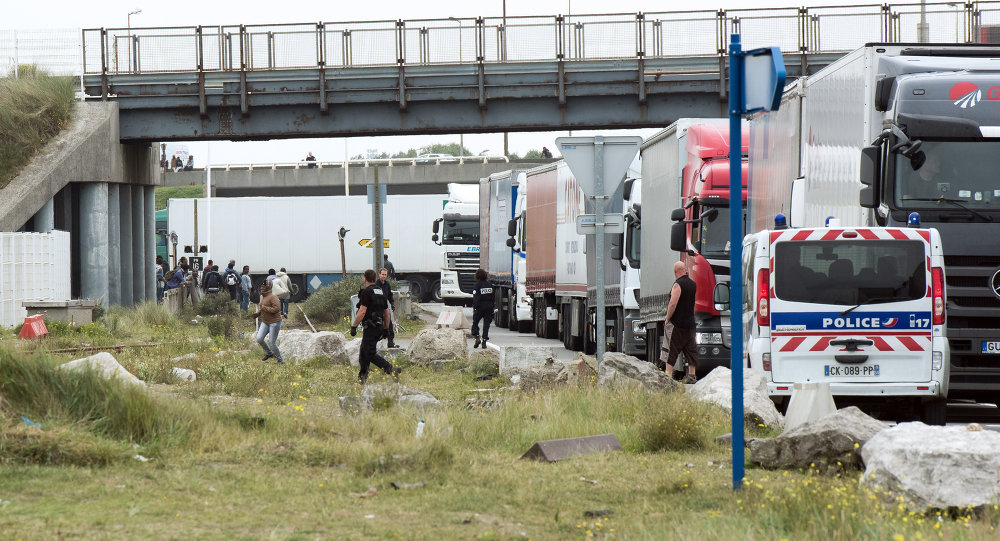 National spokesperson on immigration for the UK Green Party said that Measures to end the migrant issue at the French city of Calais, including the building of a fence, is not enough to resolve problem.

© AP Photo / Thibault Camus
UK Calls Emergency Meeting as Calais Migrant Crisis Deepens
MOSCOW (Sputnik), Daria Chernyshova – Measures to end the migrant issue at the French city of Calais, including the building of a fence, is not enough to resolve the core problem, the national spokesperson on immigration for the UK Green Party said Wednesday.

Earlier today, UK Home Secretary Theresa May chaired an emergency meeting after some 1,500 migrants stormed the Channel Tunnel in Calais on Tuesday night, trying to cross into the United Kingdom. According to media reports, a Sudanese man was killed after being crushed by a truck. About 2,000 migrants attempted the same crossing the night before.

“The problem in Calais cannot be solved by action in Calais alone. A range of wider actions are needed and a new, expensive high fence isn’t the answer,” Jean Lambert said in a statement.

Earlier in July, British authorities confirmed plans to build a new $11-million 1.2-mile fence at the Eurotunnel site at Coquelles.

Lambert, who is also a UK member of the European Parliament, stressed that the migrants are seeking to escape conflict, making “short-term responses on deterrence alone deeply flawed.”

She urged the United Kingdom to speed up passage through the tunnel by increasing the number of people working on passport control and other checks, helping to reduce delays.

“The UK and France must improve cooperation quickly by processing asylum claims of those at Calais who may have family or other links to the UK,” Lambert said, adding that France needs to work with humanitarian agencies to establish a center “so that asylum claims can be lodged and the French authorities need to be much more proactive on this.”

According to the French Interior Ministry, as many as 3,000 migrants are currently situated in Calais.

Calais saw several traffic disruptions earlier in July due to a strike by French ferry workers and regular attempts by undocumented migrants, housed at refugee camps near the port, to climb into cargo trucks and cross into the United Kingdom.

Several Migrants Illegally Reached UK Through Eurotunnel in Past 2 Nights