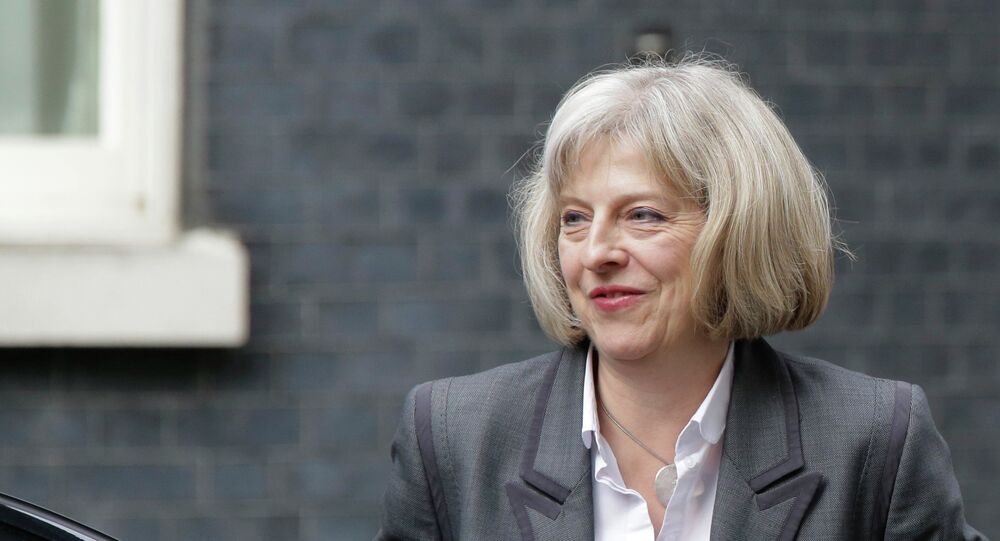 Theresa May rejected Independence Party leader proposal to call in the British Army to prevent migrants in Calais from entering the UK.

Earlier in the day, Farage proposed mobilizing the British Army to search vehicles at Dover for migrants trying to clandestinely enter the United Kingdom.

"This is about ensuring we get that security fencing up, it's about working with Eurotunnel to ensure we have got the best measures in place," May said, commenting on Farage's proposal, as quoted by the Sky News.

May reiterated the pledge to allocate an extra 7 million pounds ($10.9 million) to help tackle the Calais migrant crisis.

The Calais migrant issue was addressed earlier in the day at an emergency ministerial meeting chaired by May.

The French port of Calais experienced several traffic disruptions earlier in July due to a strike by French ferry workers and regular attempts by undocumented migrants, housed at refugee camps near the port, to climb into cargo trucks and moving Eurotunnel trains destined for the United Kingdom.

There have been several fatal incidents over the past three weeks as migrants tried cross to Britain.

The most recent accident took place on Tuesday night when a Sudanese migrant died after reportedly being crushed by a truck as he, along with over 1,000 other migrants, tried to enter the Channel Tunnel in Calais.

Earlier in July, British authorities confirmed plans to build a new $11-million 1.2-mile fence at the Eurotunnel site at Coquelles.