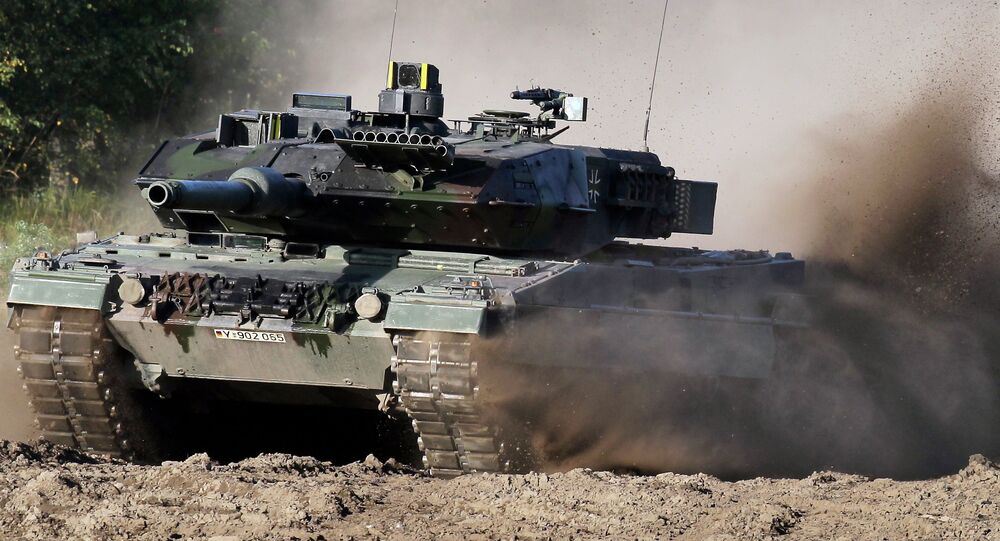 The joint turnover of the new partners is about 2 billion euros, and the total number of employees is 6,000 people.

Both companies have already announced their plans in 2014. The deal is expected to be the most sensational merger in the defense sector over many years.

© AP Photo / Patrick Seeger
German Company Accused of Illegal Sales of Arms to Mexico
The companies will receive the support of governments of both countries. The agreement is set to be signed on Wednesday, July 29.

Krauss-Maffei Wegmann is well known for being the manufacturer of the outstanding battle tank Leopard. Nexter Systems is producing the tank Leclerc.

The companies have to still get the approval of antitrust authorities. The deal will help both enterprises to avoid duplication in development and research, combine their activities in the field of purchases and sales and, thus, reduce costs.