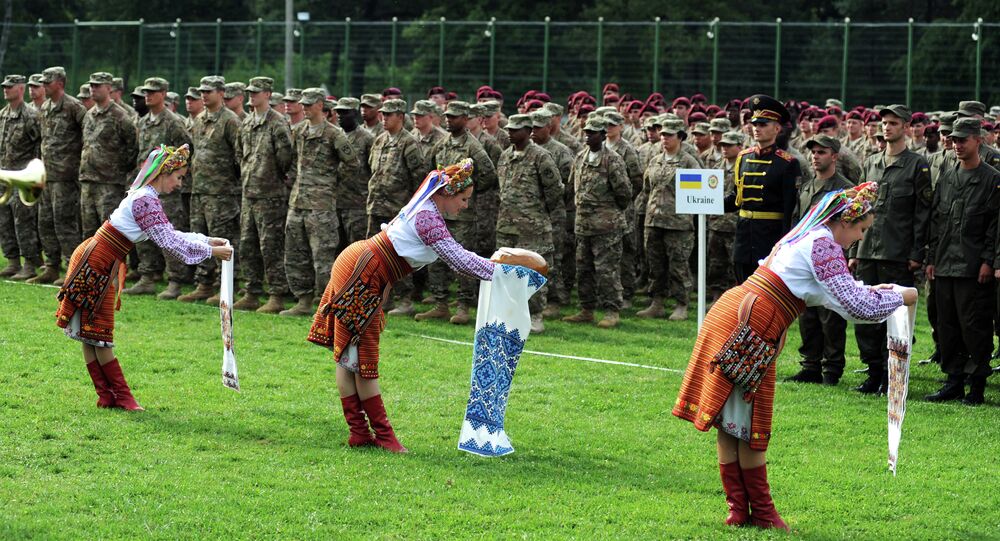 Nearly 350 US military instructors are on the ground training Ukrainian servicemen as part of large-scale war games now underway in western Ukraine.

© Flickr / The U.S. Army
Rapid Trident: US Troops Kick Off Military Training Camp in Ukraine
An estimated 800 servicemen from Ukraine, the US, Britain, Poland, Bulgaria, Romania, Lithuania and Georgia are taking part in the Saber Guardian/Rapid Trident-2015, exercise at Yavoriv range outside Lviv.

“There are up to six battalions currently undergoing training by US military staff,” the Pentagon said in a statement.

Meanwhile, many experts hold a pretty pessimistic view of the NATO-led drill, with Sia Yishan of the Chinese Institute of International Studies saying the Yavoriv exercise will bring a lot of disappointment to the United States.

Other analysts fear that the Western-led military exercise in Ukraine will hinder ongoing efforts to bring about a diplomatic solution to the crisis in Donbass.