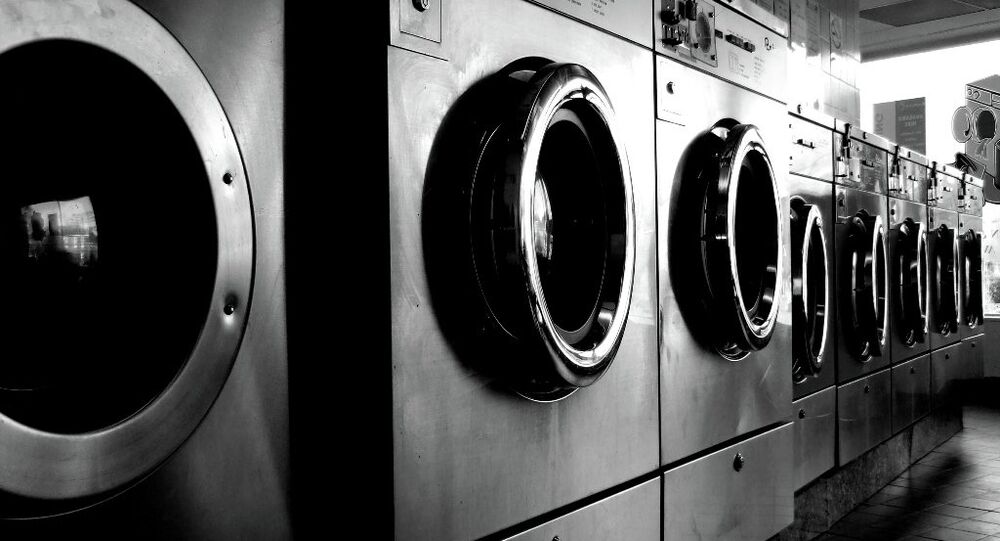 The UK is taking a global lead on cracking down on money laundering after it was revealed at least $190 billion worth of property in England and Wales is now owned by offshore companies, many of which are laundering operations, Sputnik has been told.

Specifically, the UK government has committed to: "…consulting on ways to make property ownership by foreign companies much more transparent; and publishing Land Registry data on which foreign companies own which land and property title in England and Wales."

"We think it's a really big problem. The people involved use excellent means of hiding the laundering they are doing and their own identities because of the use of anonymous companies."

"In almost every case we've seen, the person involved, we think, has links to corruption and politics, had used a company that's been incorporated in somewhere like the British Virgin Islands to mask their identity. It's a real block for law enforcement agencies to look into these deals."

According to Transparency International (TI), at least $190 billion (£122bn) worth of property in England and Wales is now owned by companies registered offshore, and 75% of properties whose owners are under investigation for corruption made use of this kind of secrecy.

To learn more about #corrupt #money in the #UK #property market check out http://t.co/rGurDml2hv #unmaskthecorrupt

In London alone, TI estimates that 36,342 London properties are held by hidden companies registered in offshore havens. The research — analyzing data from the Land Registry and Metropolitan Police Proceeds of Corruption Unit — found that 75% of properties whose owners are under investigation for corruption made use of offshore corporate secrecy to hide their identities.

$281 million plus (£180m+) worth of property in the UK have been brought under criminal investigation as the suspected proceeds of corruption since 2004. This is believed to be only the tip of the iceberg.

"This gives you an idea of the scale. One of the key ways in which to plug a hole is to make it a requirement that any company that owns property in the UK has to say who its beneficial owner is — who is the real person that sits behind that company," Dunn told Sputnik.

Cameron told reporters on a trip to the Far East:

© Flickr / Images Money
London: the Corrupt Capital and Home to Money Laundering
Chido Dunn from Global Witness told Sputnik the UK was taking the lead, but it was the first step in a global effort to cut out money laundering and criminal use of properties to hide money:

"Transparency is something that is best when everybody is behind it.

"What the UK has done and what the prime minister is announcing is that the UK has been the trailblazer. The UK [has taken] the first step in the EU and in the global push towards transparency," Dunn told Sputnik.

"London is not the only safe haven for corrupt money. New York and Paris are other examples and our aim is for this transparency to exist globally and not just in the UK. London is a really important first step and it's another example of the UK taking a lead on this issue."