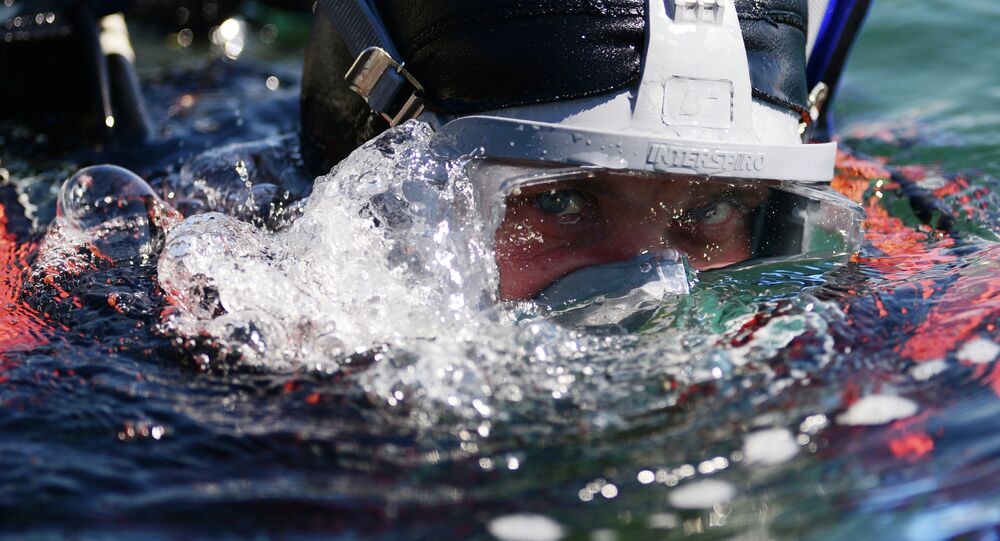 Russian divers stand ready to conduct a joint expedition with Sweden on a submarine wreck recently found in the Baltic Sea, the head of the underwater search project A Bow to the Ships of the Great Victory said Tuesday.

© AP Photo / Ben Sutton, Royal Navy, ho
Here We Go Again? Mysterious Foreign Submarine Found in Swedish Waters
MOSCOW (Sputnik) – On Monday, Swedish media reported that, according to initial observations, a mini-submarine found by Swedish divers last week off the coast of the country was a Russian vessel sunk on May 10, 1916 with a crew of 18.

"If a proper opportunity arises or [we receive] an invitation from the Swedish side, then we will be ready to conduct joint studies to gather as much information as possible, pass it to the Ministry of Defense for this submarine and [the remains of] its crew to be declared a common grave," Konstantin Bogdanov told RIA Novosti.

Bogdanov added that with proper invitation acceptance, the expedition could begin in six weeks. He did not rule out the possibility of a 2016 100th-anniversary wreck-raising commemoration.

Under the project A Bow to the Ships of the Great Victory, Russian researchers have found and studied wreckage from seven Soviet and Russian submarines in the Baltic Sea and the Black Sea, including the legendary WWI-era Shark submarine.