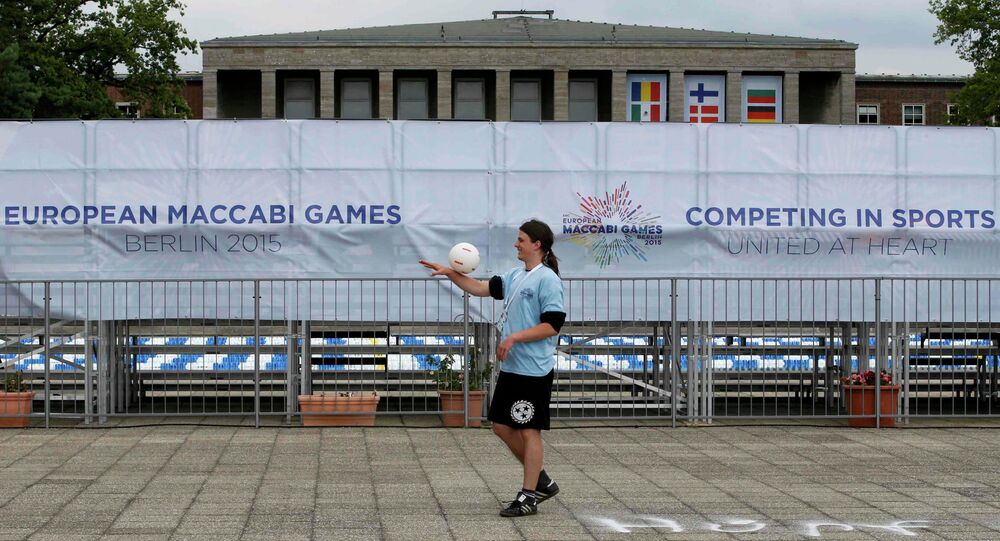 Designed to "showcase the newfound Jewish confidence to the German and European public," the 14th European Maccabi Games kicked off on Monday. But in a controversial decision, this year’s events will be held in Berlin, and largely take place in stadiums built by Nazi Germany.

Eager to showcase his self-proclaimed “master race,” Hitler constructed Olympiastadion in the heart of Berlin to host the 1936 Summer Olympics. Three years before the invasion of Poland, the Nazis were already persecuting the Jewish population. Jewish athletes were barred from competing in the events.

"I would have been a loser, either way," former high jumper Margaret Lambert said, according to NBC News. Originally meant to compete for Germany in the 1936 games, she was dropped at the last minute due to her heritage.

"Had I won, there would have been such an insult against the German psyche – how can a Jew be good enough to win the Olympics? – then I would have had to be afraid of my life, I am sure,” Lambert said. “And had I lost, I would have been…a joke."

Germany’s uncomfortable past is hardly eradicated. Europe has seen a sharp rise in anti-Semitic activity in recent years, and Germany is no exception. According to a crime report released in May by German Interior Minister Thomas de Maiziere, Jewish hate crimes in 2014 increased 25.2 percent over the previous year.

But organizers for the all-Jewish Maccabi Games hope to overcome these tensions by holding the event not only in Berlin, but in the very same venues built by the Nazis.

"People told me they never could imagine setting foot in Germany because their parents and grandparents were sent away from there," Alon Meyer, head of Maccabi Germany, told the Jewish Journal.

"Now these people are coming back to see the changes [and take part in] the biggest Jewish event ever held on European ground."

Over 2,100 Jewish athletes from 39 countries will take part in the games, and many approve of the location.

"Holding the Maccabi Games in Berlin is a very important sign," Leo Friedman, 61, told NBC News. He will be competing on Germany’s golf team. "We will be able to highlight that Jewish life is part of German society and that Jews have not been chased away."

Still, others have been critical of the choice of host city. What some see as a kind of reappropriation, some see as condoning Germany’s dark past.

"There were some critical voices in the Jewish community in Europe, who did not support Berlin as an event site," Oren Osterer, the director of Maccabi committee, told NBC.

© Flickr / Ricky Romero
After Being Denied by Nazi Regime, German-Jewish Woman Gets her Degree

The concerns are not unfounded. The 1972 Summer Olympics held in Munich resulted in the death of 11 Israeli athletes and coaches at the hands of terrorists. Security during the Maccabi Games will clearly be a huge priority, and the city has put many additional measures in place.

"As long as we have increased police presence and special security measures, we cannot speak of normality," Friedman told NBC. "But all the athletes I have talked to are looking forward to the Games."

The Maccabi Games will continue through August 5.