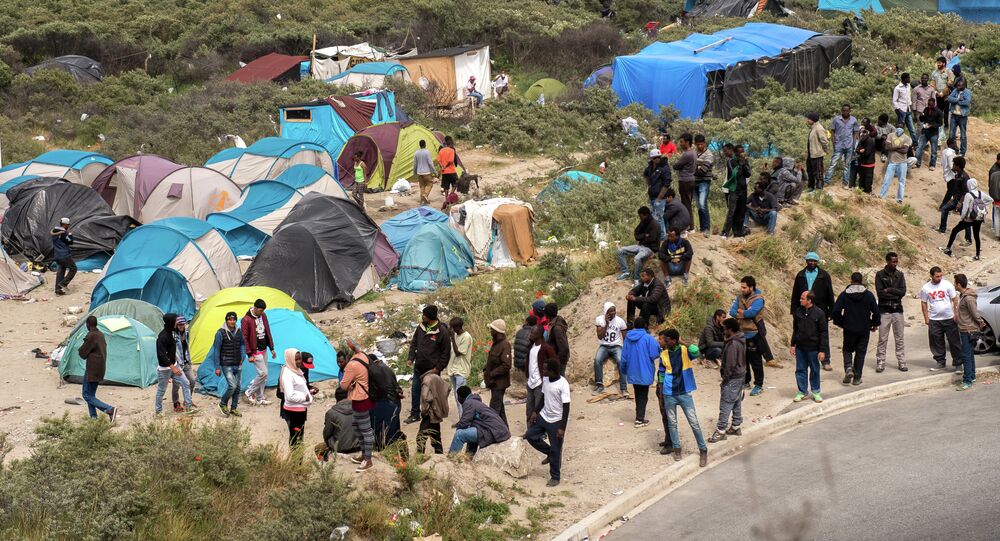 US Behind Migration Crisis in Europe - Putin

Russian President Vladimir Putin claims that the United States stands at the origin of many problems that the European Union faces at the moment, including the problem of migration.

© AP Photo / Michel Spingler
Migrant Crisis Ruins Travel for British and French Holidaymakers
MOSCOW (Sputnik) — The United States stands at the origin of many problems that the European Union faces at the moment, including the problem of migration, Russian President Vladimir Putin said in an interview with Swiss RTS television channel on Monday.

"Across the world and in Western countries there are tectonic shifts in public opinion toward greater protection of national interests. Right now Europe faces a specific problem — a massive influx of migrants. But did Europe stand at the origins of the decisions that led to this situation? We have to be honest, these decisions came from overseas, while Europe deals with the problem,” the Russian leader said.

He added that many more examples of the misleading US guidance could be named.

"But that does not mean that we should demonize the US policy, they carry out a policy that serves their own interests. But we need to seek a balance of interests," Putin pointed out.

© REUTERS / Ognen Teofilovski
Denmark Pushes Hard on Migrants, Set to Run Anti-Refugee Newspaper Ads
Europe has been recently beset by major migrant crisis as thousands of people have fled conflict-torn countries in North Africa, the Middle East, and Central and South Asia. According to the United Nations data, 137,000 refugees crossed the Mediterranean Sea into Europe in the first six months of 2015.

According to the January's poll, carried out by Gallup and released by the International Organization for Migration, 52.1 percent of Europeans believe that migration levels in their home countries should be decreased.