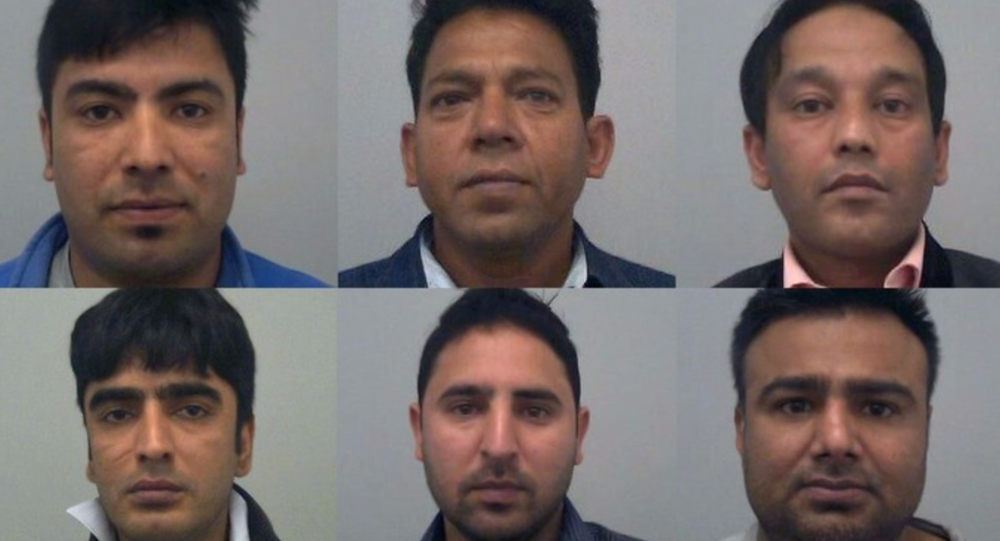 Michelle Lee-Izu, director of British charity, warned about two girls who were abused by sex gang in 2008 and took up suspicions with the authorities.

© REUTERS / Stefan Wermuth
UK Police Watchdog Digs Deeper Into Child Sexual Abuse Cover-Ups in London
MOSCOW (Sputnik) – A British charity had raised concerns that one of the girls it worked with was abused by a sex gang in southeast England, local media reported Saturday.

On Friday, six out of 11 men standing trial in Aylesbury, Buckinghamshire were found guilty of large-scale sexual abuse of minors from 2006 to 2012. The convicted felons, mostly South Asian men aged from 29 to 45, are expected to be sentenced in September.

The Barnardo’s children charity regional director told the BBC it had worked with two of the perpetrators’ victims in 2008 and had taken up its suspicions with the authorities.

"At that time the agencies didn't respond in a way that we expected them to, although some actions were taken by the local authority so we escalated those actions further," Michelle Lee-Izu said.

© Flickr / Thomas Hawk
Reporting Child Abuse Must be Mandatory in UK
The national broadcaster cited the Central Criminal Court trial where it heard evidence from two victims, aged 12 to 13 at the time, being courted with food and DVDs, as well as alcohol and occasionally drugs.

One of the girls was sexually abused 60 men after being habituated into thinking it was normal behavior, according to the outlet.

The investigation into the sex ring was launched in 2013.

David Johnston, children services director at Buckinghamshire County Council, apologized on behalf of the council Friday for "letting [the girls] down during this period in their lives."

On Saturday, he told the broadcaster local authorities have "missed a number of opportunities to perhaps protect" the minors and provide additional services.