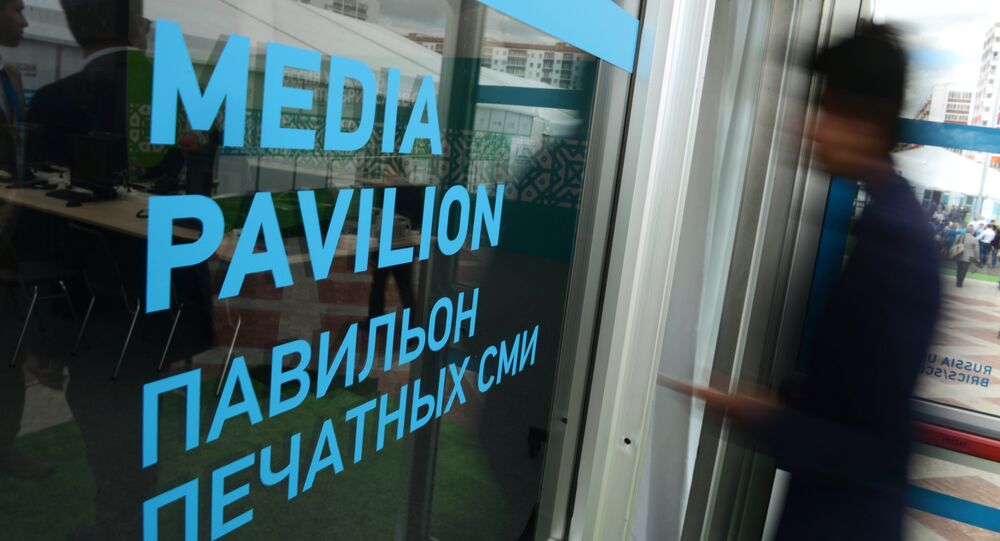 Without alternative media, there would have long been an absolute atmosphere of war between Russia and Western Europe, Willy Wimmer said.

"The Western community is not that united as it may seem on the background of the Western media cohesion. People do think in different ways, and are able to render their own opinions. The creation of [non-mainstream] Russian media projects is almost a guarantee of our freedom of speech. If we did not have this alternative news, there would have long been an absolute atmosphere of war between Russia and Western Europe," Willy Wimmer said.

Geopolitical tensions have resulted in many Western media outlets adopting a biased approach when covering events in Ukraine, accusing Russia of fueling the military conflict in the country's southeast by backing local independence supporters.

Earlier this year, a poll by ICM Research, conducted exclusively for Sputnik, revealed that over a half of European and US respondents said they would be interested in receiving information on global developments, including the Ukrainian crisis, from alternative news outlets other than mainstream Western media.