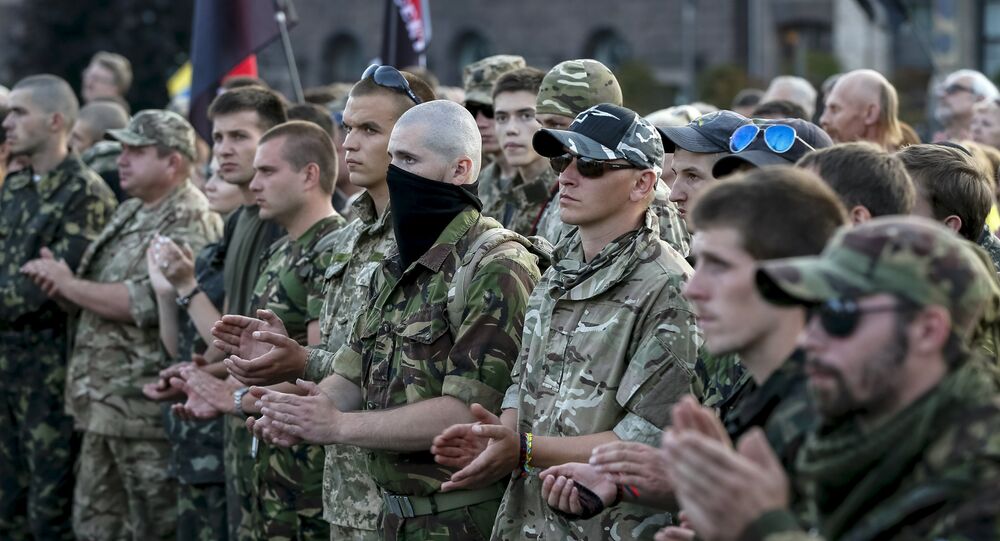 Right Sector's ideology is based on the ultra-nationalist principles of the Ukrainian Insurgent Army (UPA) led by Stepan Bandera during World War II and in the postwar period. Among other horrendous war crimes, the UPA terrorized Polish territories, ethnically-cleansing Poles from Volhynia and Eastern Galicia regions.

The Polish activist added that all the nations that had to directly face UPA's criminal acts must now closely monitor the actions of the Right Sector.

"In the light of recent events it is time to react to Right Sector's actions, which have acquired the character of armed, criminal acts. Poland must finally take a stance," Orzechowski added.

Following the incident in Mukachevo and Right Sector protests at the heart of Kiev and Lviv, Poland should enhance its security, as the government in Kiev clearly cannot control radical groups across Ukraine, said another Polish politician Andrzej Zapalowski, the vice-chairman of the EU-Ukraine Parliamentary Cooperation Committee and a Member of the EU Parliament.

"We can expect that these people [the Right Sector militants] will try to penetrate into EU countries, including Poland, and try to impose their own rules. Right now, we aren't talking about several individuals, but groups of several dozen men," Zapalowski told Sputnik News.