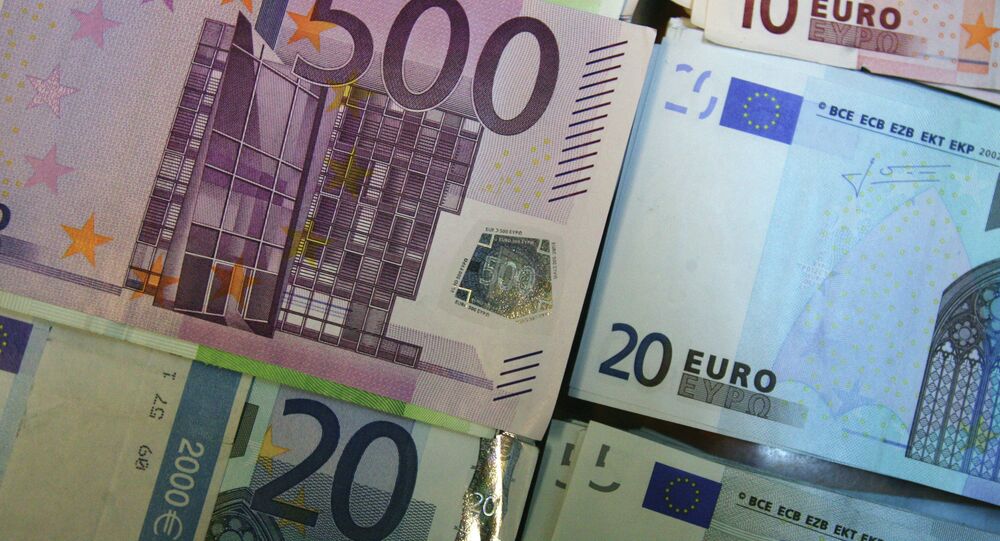 © Flickr / JT
European Commission Transfers 600-Million-Euro Loan to Ukraine
KIEV (Sputnik) – The IMF recently reviewed its Memorandum of Economic and Financial Policies. The memorandum currently specifies terms on which Ukraine is eligible for a full program of financial assistance from the IMF. Last week, Kiev adopted a package of laws, including austerity measures such as tax raises, necessary for international funding to resume.

Ukraine’s top officials, including President Petro Poroshenko, have signed a letter on Kiev’s intentions to meet the terms of the memorandum and forwarded that letter to the IMF, Artyom Shevalev said on Facebook.

“Therefore, we expect the IMF Board of Directors to make a decision on the next tranche for Ukraine soon,” Shevalev stated.

According to the deputy minister, the sum will be used to strengthen the gold and currency reserves of the National Bank of Ukraine.

© Sputnik / Michail Kutuzov
Ukraine Receives $1 Bln Loan From US – Finance Ministry
Kiev earlier expected to receive a $1.7-billion tranche in July, but the parliament failed to approve the required legislation. On July 9, Shevalev said that it was possible the tranche would be received in August.

Kiev authorities are trying to rescue the country's economy using international loans. The IMF approved the $17-billion loan for the country in May 2014, to be transferred over the course of two years.