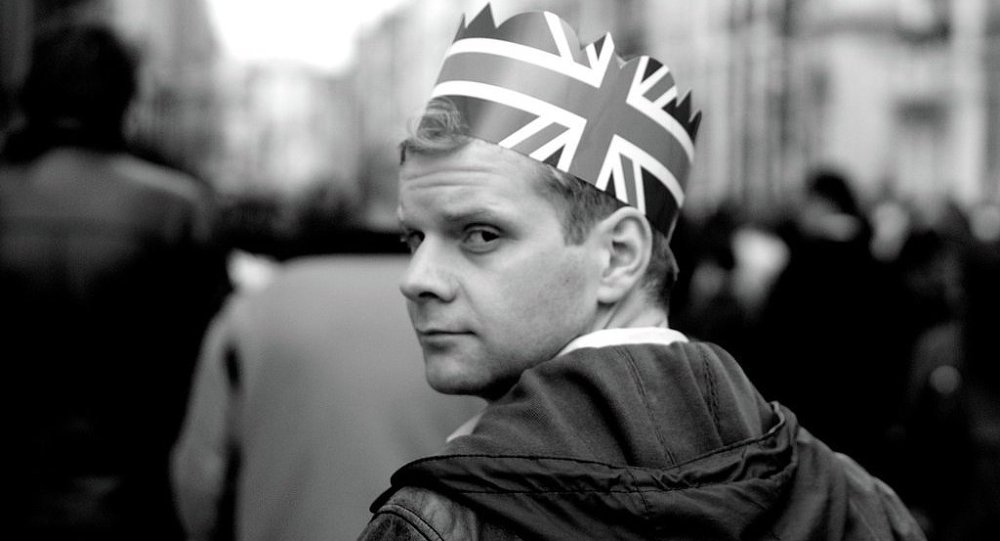 British by the Back Door: Is Immigration Fuelling the Brexit Debate?

The biggest issue pushing the Brexit debate in the British press is fast becoming EU immigration. Who is here and how? Britain's immigration 'issues' are becoming a source of stories purporting that the UK could be better off leaving the European Union.

A recent report described as "groundbreaking" suggests migrants living in Britain are claiming more benefits than those born in the UK. Campaign group Migration Watch, which wants tougher immigration controls in Britain, suggests that the five million migrant workers in the UK have a "weaker" economic performance than people originally born in Britain.

Migration Watch believe their research undermines previous studies which have presented findings that migrants shared similar economic outlooks to those born in the UK, purposefully contradicting claims that immigration is good for Britain's economy.

Those born in India more likely to be in work, earn more (see graph) and less likely to claim benefits than UK born pic.twitter.com/jEta2Gz3Bg

Because of low earnings those born in Eastern Europe more likely to receive tax credits than UK born pic.twitter.com/RKrOBuHLsy

Migrants from Africa (apart from South Africa) have overall employment rates and wages on a par with the UK-born, but much higher rates of benefit claim. People from Pakistan and Bangladesh are worse off with lower rates of employment; earn less money — with proportionally higher numbers claiming benefits.

Commenting on the report, Lord Green of Deddington, Chairman of Migration Watch UK, said: "This analysis clearly demonstrates that sweeping claims implying that all immigration to the UK is beneficial cannot possibly be right.

"Any sensible policy should take account of the real differences in economic characteristics between migrants from different parts of the world. If immigration policy has been intended to attract only 'the brightest and the best' it has clearly failed, with a very large number of migrants earning less or claiming more than the British born."

Becoming British by the Back Door

Recent research by Oxford University's Migration Observatory suggests that non-EU migrants who arrived to live in Britain by gaining EU citizenship elsewhere tripled in the last decade. Analysis showed the number of people born outside of Europe but who became citizens of a country inside the EU and subsequently used the freedom of movement rights to travel to the UK to settle, increased from 78,000 in 2004 to 264,000 a decade later.

And this is a sticking point for David Cameron who wants to renegotiate the fundamental principle of freedom to work and travel within the European Union. Mr Cameron wants free movement to take up work — but not free benefits such as tax credits and access to social housing.  European Union job seekers who fail to find a job in the first six months in the UK would also have to leave.

Also increasing the anti-immigrant rhetoric and shut-the-border policies, is UK Home Secretary Theresa May who says she will ban foreign students from working to support their studies in the UK — and make them leave as soon as the course ends.

New @MigObs analysis looks at changes to UK's population of migrants who are EU citizens but were born outside the EU http://t.co/Qmal9ODWog

But the numbers aren't as alarming as her words. The new rules will only apply to non-EU students, who accounted for 121,000 immigrants last year. Around 51,000 of those foreign students left the UK, leaving a net influx of 70,000, but Mrs May highlighted these figures to defend her efforts for tightening the rules.

But Beware The Brain Drain

Academics have criticized Mrs May's clampdown on foreign students staying in the UK, saying it would starve Britain of both money and talent.

And continuing the right wing wave of anti-immigration rhetoric, the Conservative government also intends to deport non-EU migrants who earn under $55,000 (£35,000) a year from April 2016. The new immigration rules will mean that people from outside the European Economic Area (EEA) must be earning $55,000 (£35,000) or more before they are allowed to settle in the UK after a period of six years.

David Cameron has promised the British people an In/Out referendum of its membership with the EU by the end of 2017. It appears any potential Brexit will be built upon immigration fears and freedom of movement — not economic ones.

Britain in a Brussels Mess Over Brexit Referendum Plans

Britain Should Leave the EU if Cameron's Renegotiation Fails