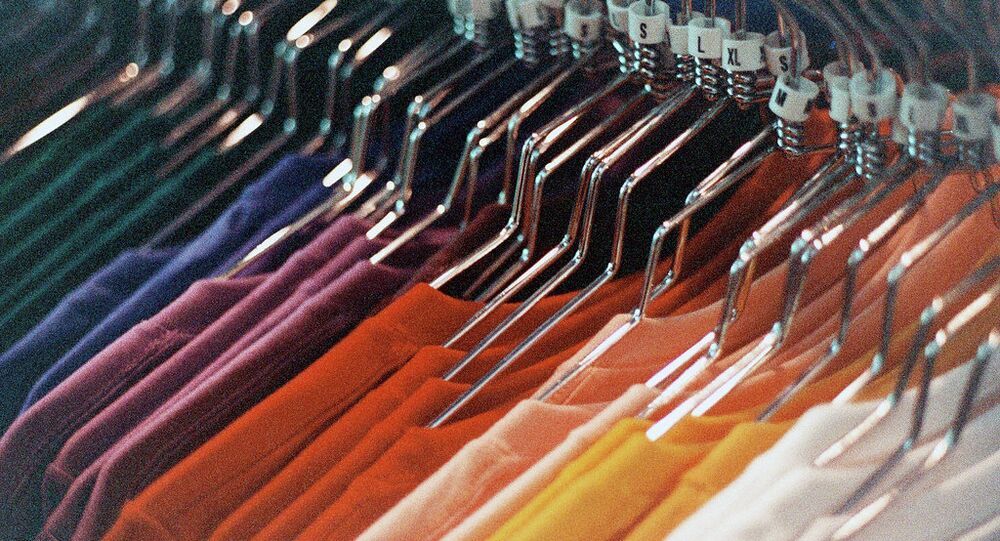 Clothing and textile companies around the world are up in arms over EU member states’ agreement to restrict a common chemical in imports to the EU because of its adverse impact on the environment.

© Fotolia / Alexander Raths
Iran Develops Nano Textile Composite Structures Similar to Body Tissue
They say complying with the ban is nearly impossible due to prevalence of the substance in the textile industry.

European countries voted unanimously to extend the existing ban on nonylphenol ethoxylates (NPE) to imports because it poses “unacceptable risk” to aquatic wildlife.

The use of NPE in the textile industry has been restricted in the EU for 10 years, but the new measures will also ban the import of goods containing the chemical.

The idea of extending the ban first arose in Sweden after the European Chemicals Agency (ECHA) released research in 2013 showing the chemical to be a threat.

NPE is used as a cleaning, dyeing and rinsing agent in the processing of fabrics.

© Flickr / greensefa
Controversial TTIP Deal to Progress After Europe Votes Yes
When NPE degrades it produces substances such as nonylphenol, which accumulates in the bodies of fish and affects their hormones, disrupting the reproduction and growth of species, the Guardian reported.

Greenpeace released a study in 2011 that showed high-profile companies such as Adidas, H&M, Lacoste, and Ralph Lauren sold clothing manufactured with NPE. Over 75 percent of tested clothes contained the chemical, at least in small amounts.

Clothing and textile companies have complained that compliance with the ban will be difficult to achieve, as NPE is ubiquitous in the supply chain.

© AFP 2021 / JOHN MACDOUGALL
Transatlantic Trade Deal Promises Are 'Vastly Overblown'
The new ban stipulates that items will not be permitted to enter the EU for sale that contain NPE “in concentrations equal to or greater than 0.01% by weight of the textile article.” The term “textile article” refers to any product which “is composed of at least 80% textile fibres by weight.”

The ban will not impact secondhand or recycled goods, as they are believed to have been washed numerous times, so as to contain negligible amounts of NPE.

New restrictions will go into effect five years after the legislation is adopted by the European Commission, which is expected to happen in the next month.