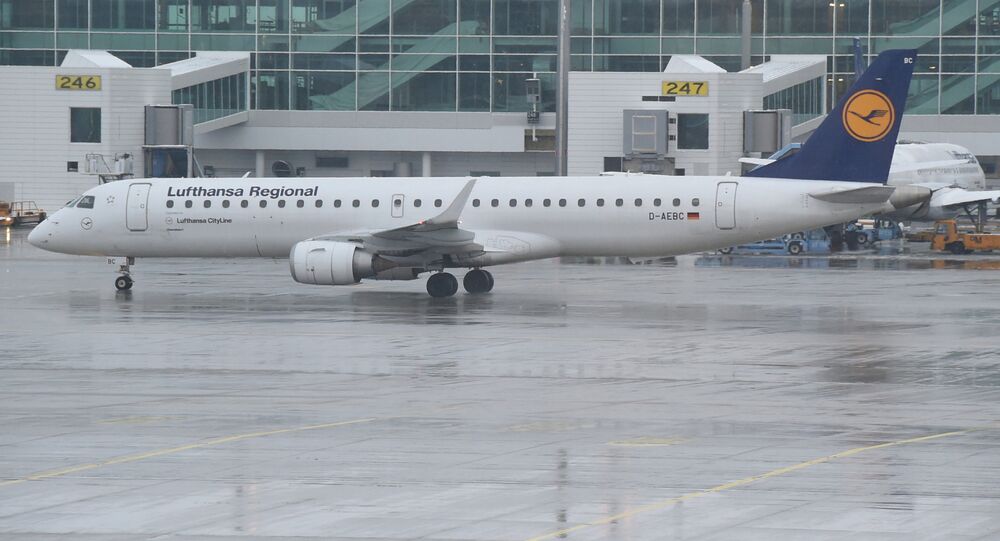 A Lufthansa aircraft carrying 108 people had a terrifying near miss with a drone that came within 100 meters of the plane as it readied to land in Warsaw on Monday, the Polish Air Navigation Services Agency reported.

The flight from Munich was about to land at Warsaw Chopin international airport on Monday afternoon when the jet crew reported they had almost collided with the drone at an altitude of 760 meters (around 2,500 feet).

© Flickr / NewbieRunner
Drone Nearly Collides With Commercial Jet Over London’s Busiest Airport
Though no collision occurred and the Embraer ERJ-195 jet landed safely, law enforcement is investigating the incident, Reuters reported. The person or people responsible for navigating the drone within the exclusion zone near the airport — and much higher than is legally permitted — could face up to eight years behind bars, a Warsaw police spokesperson said.

The Aviation Herald, which first reported the incident, said the crew called "in quite aggravated tone that they had just had a near collision with a drone, definitely a drone," and that Warsaw air traffic control (ATC) "should take care of [their] airspace," and "it is really dangerous." ATO responded quite apologetically, the Herald reported.

According to airport spokesperson Przemyslaw Przybylski, drones are — in theory — banned within a 20-kilometer radius of the airport, but he added that it's difficult to ensure that "some idiot does not suddenly decide to fly a drone in front of a landing plane," the Associated Press reported.

The Polish Air Navigation Services Agency (PANSA) said in a statement that military and police aircraft sent to search for the drone were unsuccessful.

"Lufthansa had not encountered a similar situation before," Lufthansa spokesperson Bettina Rittberger told AP by email. She added that it has not officially been determined whether the object was in fact a drone.

The European Union is working on new rules for the use of drones, similar to those that Germany introduced in June, which prohibit drone flights higher than 50 meters and closer than 1.5 kilometers to airports without express permission from air traffic authorities.

The EU drone regulations will be part of the European Commission's new aviation package, scheduled to be announced this fall.