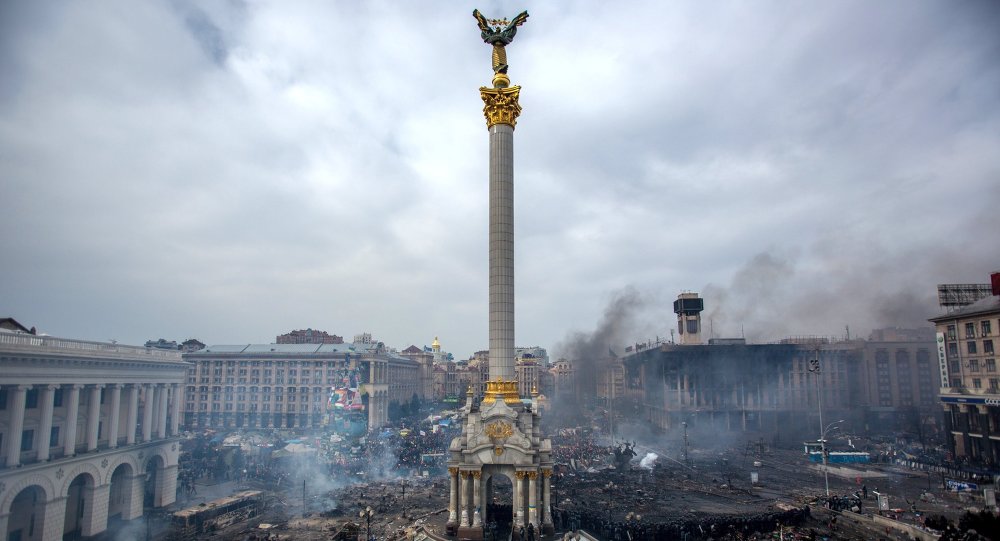 Maidan Revolution in Ukraine Not Over Yet – Right Sector Leader

The future of the Ukrainian revolution will be discussed during a popular meeting which will be held by the Right Sector on Tuesday in Kiev, Dmitry Yarosh, leader of the movement, announced. He also said the Ukrainian government is incapable of carrying out real reforms.

A popular meeting which will be held in Kiev by the Ukrainian nationalist Right Sector movement on Tuesday should bring Ukrainians the prospect of further changes in their country, Dmitry Yarosh, leader of the organization, said.

Earlier, the Right Sector announced it would organize a meeting at Maidan Nezalezhnosti (Independence Square) in central Kiev on July 21.

"For us, the truth is that the maidan revolution has not yet ended. The recent events in Mukachevo revealed unfinished revolution processes," Yarosh stated on the official Facebook page of the Right Sector. "We’re holding the popular meeting to give people an idea on the current state of revolution in the country. It is about the rule of the people as well as legitimization of volunteer activities, support for the volunteer movement, and reforms."

"The old team which is now in power is incapable of carrying out social reforms. I’m saying about the president as well as the government and parliament," he added.

On July 11, Right Sector members exchanged fire with local police. The incident left four people killed and 14 injured, including law enforcement officers. The attackers ran away and hid in the mountains.

Four people with Right Sector insignia have been arrested in the Mukachevo shootout case.

The Right Sector was formed as a coalition of nationalist and neo-Nazi organizations at the end of 2013. The organization has played a major role in violent clashes with police, and played a key role in escalating last year's violence in Kiev which culminated in the February 2014 coup.

In November 2014, Russia’s Supreme Court blacklisted Right Sector as an extremist organization and banned its activity in Russia. Earlier, Russia launched a criminal case against Yarosh for public incitement of terrorism.

State Department: US Not Providing Training to Right Sector