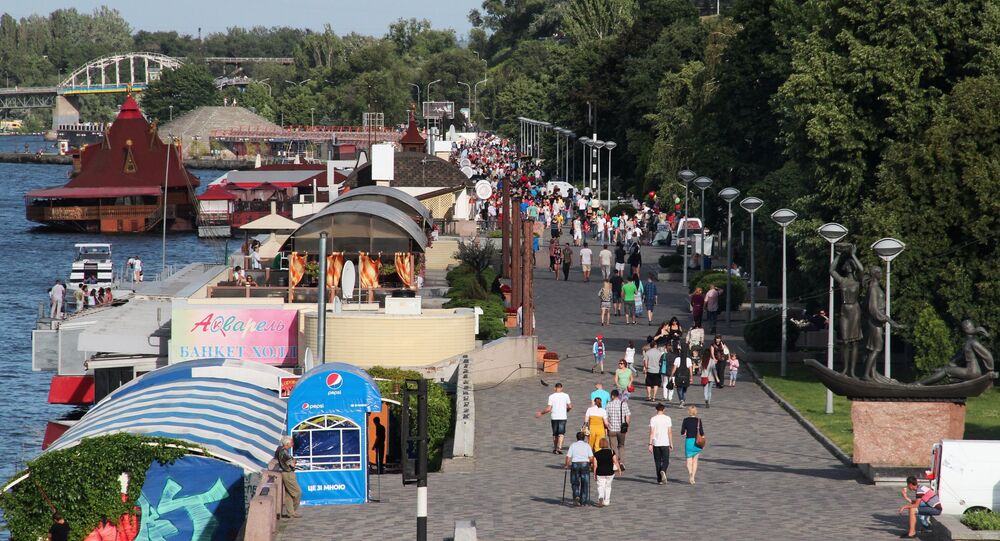 'Sick of Tolerance': Ukraine Refuses to Name Its Street After the Virtue

Ukraine's fourth largest city of Dnepropetrovsk, located in the country’s southeast, seems to be completely obsessed with renaming its streets: a special commission has already chosen new names for 64 of its venues; however the suggested name of 'Tolerance' has sparked heated debate and met with total rejection.

“We are not Americans who give numbers to their streets instead of names, They simply don’t have any prominent people to name their streets after, and we have enough to keep renaming streets for three-four years,” one of the commission members said as quoted by local media.

The Streets of Dnepropetrovsk however already have perfectly good names, which it seems the officials are no longer satisfied with.

© Sputnik / Alexandr Maksimenko
Ukraine Proposes 12-Year Prison Sentence for Use of Word ‘Russia’
In line with the initiative, Moscow street will be given the new name of Stepan Bandera, Ukrainian nationalist who during the Second World War and who was the leader of the Nazi-collaborating Organization of Ukrainian Nationalists.

The streets named after the Ukrainian writer and anti-fascist Yaroslav Galan will also lose its name, along with October street, as it is the month of the Socialist Revolution of 1917.

Some neutral new names are also on the list: one street is set to be renamed 'Mercy', while another one will be changed to 'Solidarity'

Only the name 'Tolerance' has sparked a heated debate.

“We are living in a time when the word tolerance is a pain in the neck. What tolerance are you talking about during the war?” objected another member of the commission.

© REUTERS / Valentyn Ogirenko
The Big Lie Behind Ukraine's Communism-Free Future
One street named after a Russian folk hero and martyr is also under threat of being changed. Some 400 years ago farmer Ivan Susanin gave his life to save the life of the first Russian tsar of the Romanov dynasty, Mikhail. He managed to do this  by leading Polish troops, which came to kill him, so deep into the forest that they could not find a way out, and perished in the bitter cold February night.

Susanin was declared a Russian hero, who has nothing to do with Ukraine.