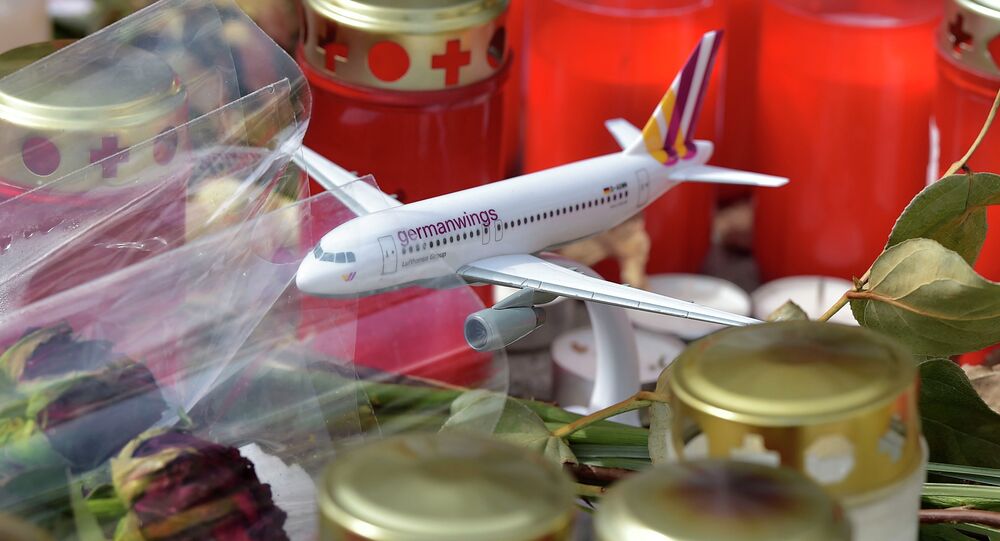 A number of families of the Germanwings plane crash victims have reportedly rejected the carrier's 25,000-euro compensation offer as far too low.

© AP Photo / Michael Mueller
Germanwings Pilot Saw 41 Doctors in Five Years Before Crash
Families of those killed in the Germanwings plane crash during a flight from Barcelona to Dusseldorf in March 2015 have rejected the airline's initial compensation offer of 25,000 euros (27,000 dollars) as far too low, media reports said.

In a letter to Lufthansa, Germanwings' parent company, the families' lawyer Elmar Giemulla said that their 25,000-euro compensation offer for each victim covered by German law and payments of 10,000 euros each to victims' immediate relatives "must be significantly raised."

He reportedly asked Lufthansa for a "lower six-figure sum" in each category, saying that the airline should broaden the definition of "immediate relative."

The 25,000-euro compensation payment for pain and suffering is on top of 50,000 euros that have already been paid as immediate financial assistance to the victims' relatives. Unlike in the United States, in Germany, the law does not typically stipulate a separate award for pain and suffering.

© Flickr / Kevin Hackert
Germanwings to Increase Fleet to 100 Aircraft After Rebranding
In June, Germanwings said that the proposed payment for emotional distress is due to be made to parents, widowed spouses, partners and children of the victims; the payout does not require proof of damages incurred to be presented.

According to prosecutors, co-pilot Andreas Lubitz locked the captain out of the cockpit and deliberately crashed the Germanwings' Airbus A320 plane into a French mountain on March 24, killing all 150 people on board.