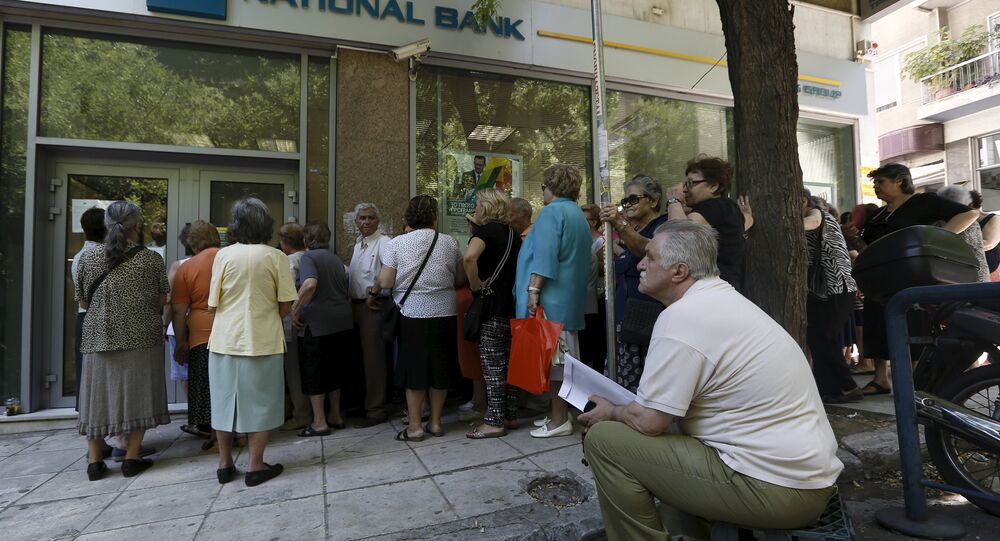 The Greek government shuttered the country's banks on June 29, restricting ATM cash withdrawals to 60 euros per person per day to stem cash withdrawals. The decision to implement capital controls was made amid panic following the announcement of a July 5 national referendum on bailout terms, a result of which was thought could trigger an exit from the eurozone. The bank closure has been extended four times.

© AFP 2020 / LOUISA GOULIAMAKI
Current Solution to Greek Debt Crisis Only Postpones Problems – Politician
According to the Panhellenic Exporters Association, a drop in exports has been estimated to cost 240 million euros to the country's economy.

Commodity shortages from import problems in the country have amounted to 1.8 billion euros.

On Wednesday, Greek media reported that the European Central Bank was ready to increase the amount of money Greek banks could borrow under the Emergency Liquidity Assistance program, which would allow financial institutions to reopen July 20.

On Monday, eurozone leaders reached an agreement on a third bailout package for Greece, estimated at $95 billion over the next three years. Under the deal, the Greek parliament has approved unpopular austerity measures, including pension cuts and tax increases.