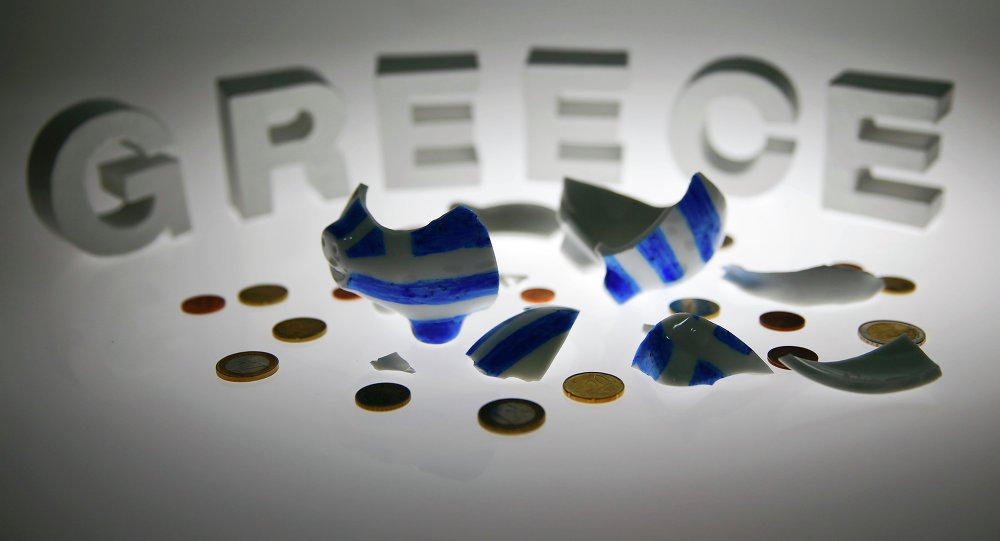 Leader of the UK’s New Communist Party Andy Brooks claims that Germany is motivated by its own interests in its agreement to provide additional help to Greece, that run counter to the interests of the Greek people.

MOSCOW (Sputnik), Anna Liatsou — Germany is motivated by its own interests in its agreement to provide additional help to Greece, that run counter to the interests of the Greek people, leader of the UK’s New Communist Party Andy Brooks told Sputnik Friday.

"The Germans have a local motive of the imposing [of austerity measures] on Greece. Their interests are not the same as the interests of the Greek people," Brooks said.

© AP Photo / Michael Sohn
Germany's Bundestag Supports New Financial Aid to Greece in Majority Vote
On Monday, Eurozone leaders reached an agreement on a third bailout package for Greece, estimated at $95 billion over the next three years, which stipulated that the Greek Parliament must approve unpopular austerity measures – including pension reforms and VAT increases.

German Finance Minister Wolfgang Schaeuble was among the strongest proponents of the necessity to introduce austerity measures in Greece.

On Wednesday night, the Greek Parliament voted in support of a new package of bailout measures, paving the way for more financial aid from its international creditors.

"I think that the best option for the Greek people would have been to have left the Eurozone and left the European Union all together. The options available to Greece are not beneficial to the working people of Greece," Brooks stressed.

The German Parliament supported the third package of aid to Greece by a majority vote on Friday. During the discussion preceding the vote, German Finance Minister Wolfgang Schaeuble said that Greece leaving the Eurozone might have been the better option for the country than the aid program.

Merkel for 'Gambling Away' Germany's Reputation Over Greek Crisis