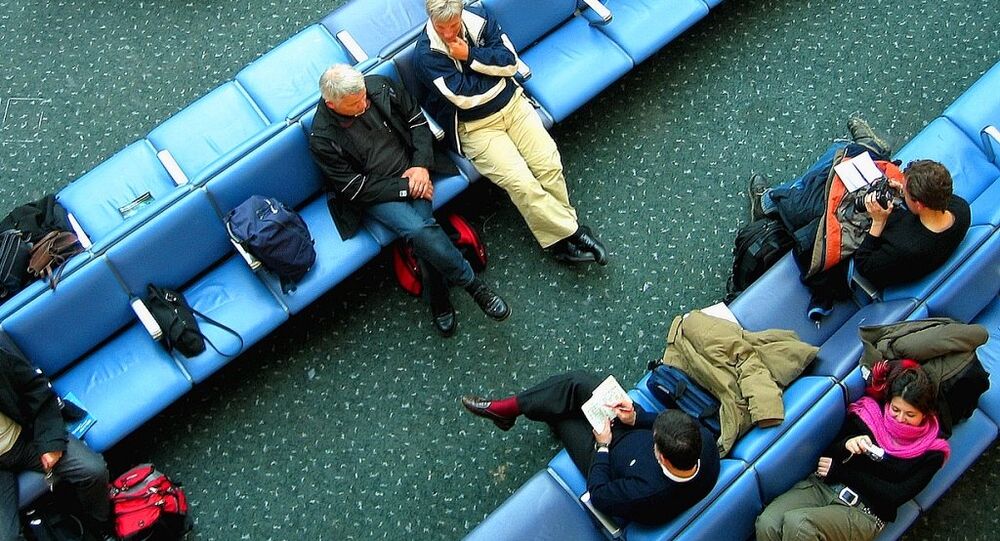 A study by the Polish Association of Human Resource Management (PSZK) has found that as many as 46 percent of students in Polish educational institutions are giving serious thought to leaving the country in search of work after completing their studies, Polish daily newspaper Rzeczpospolita has reported.

© AP Photo / David Karp
Polish Workers Win Compensation Battle Over 9/11 Injuries
The results of the respected HR firm's analysis suggest that the number of people leaving the country to look for work in Western Europe will remain at its presently high levels, complementing a recent study by Polish employment agency Work Service, which recently noted that up to 1.2 million Poles are giving serious consideration to leaving the country in search of work, two thirds of them people under the age of 35.

The PSZK gives several reasons for Poles' decision to look for work in the West, among them the poor prospects for good, stable work at home, and higher earnings abroad. Other factors include the greater perceived opportunities for personal development in foreign firms, as well as better, more relaxed working conditions.

Explaining the mood favoring mass youth emigration, PSZK Director Piotr Palikowski noted that the current generation of Poles who are leaving the country are able to "adapt well to new circumstances. Youth from Generation Y [born between 1984 and 1997, according to Rzeczpospolita] are more open to new challenges, are mobile, and well-oriented in foreign environments. Knowing their worth, they are not opposed to building a career abroad. They associate work abroad with good job prospects, higher salaries and the possibility for good all-round development."

The countries most cited by the PSZK survey for their perceived opportunities for employment and professional growth include Britain, Ireland and Germany.

Unfortunately, as news hub Kresy.pl laments, "these young people rarely have the opportunity to enrich our own economy with their talents. Our companies are unable to offer them what Western companies do."

© Flickr / Elliott Brown
Saturation Point: Polish TV Says ‘Too Many Poles’ in UK Makes Brits Anti-EU
Commenting on the worrying trend, social psychologist Janusz Czapinski told Rzeczpospolita that the numbers are disturbingly high. "Our economy lacks innovation in the creation of new jobs for the 21st century. It is for this reason that our young people are looking for work abroad, and until this changes, the trend toward emigration will not stop."

In addition to the lack of innovation, almost a third of those surveyed by PSZK noted that Polish firms do not allow them to reconcile work with their private lives, Rzeczpospolita attributing this to Poland's business culture, with businesses setting "rigid working hours" and corporations "dominated by authoritarian vertical power structures and systems of management."

With the number of short-term emigrants falling in relation to those who plan to remain abroad for good, Polish media have noted with worry that these trends could have disastrous long-term effects for the country's economy.