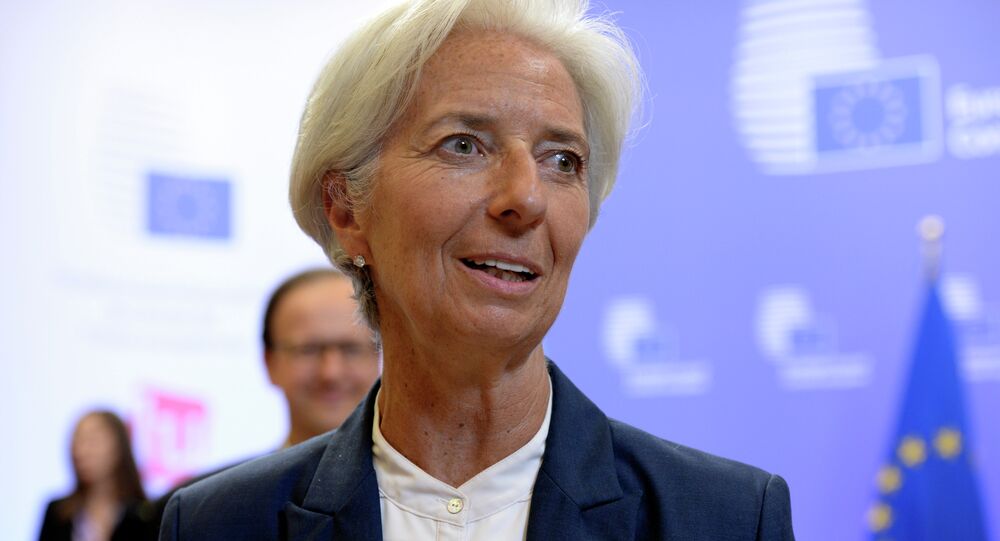 Managing Director of the International Monetary Fund (IMF) Christine Lagarde said that a reduction in the amount of Greece's repayments, known as a haircut, might be necessary, however unpopular among creditors.

After Athens secured an additional bailout from its international creditors, the IMF recommended that EU members and creditors give Greece a 30-year grace period which would include an extension of repayment.

“It’s a matter of amount, how much of it [Greek debt] has to be reprofiled, so that Greece looks at the sustainable parts, and we believe that it’s a significant amount,” Lagarde stated Thursday.

© AFP 2021 / MANDEL NGAN
Lagarde: IMF to Refrain From Bending Rules for Greece
The IMF chief also mentioned that a reduction on the amount of Greece's repayments, known as haircut, might have to be necessary, however unpopular among creditors.

On Monday, an agreement on a third Greek bailout deal was announced after extensive marathon talks between eurozone leaders.

The Greek parliament ratified a set of austerity measures, a precondition necessary to receive the $95-billion bailout package, by a majority vote Wednesday.

Lagarde: IMF to Refrain From Bending Rules for Greece