Representatives from the US Customs and Border Protection (CBP) Agency will go to Ukraine for an exchange program to share their experience with Ukrainian colleagues, news portal Ruposters.ru reported, citing Roman Nasirov, Chairman of the Verkhovna Rada Committee on Taxation and Customs Policy.

The US delegation is expected to share their knowledge and technical expertise with Ukrainian Customs officers. 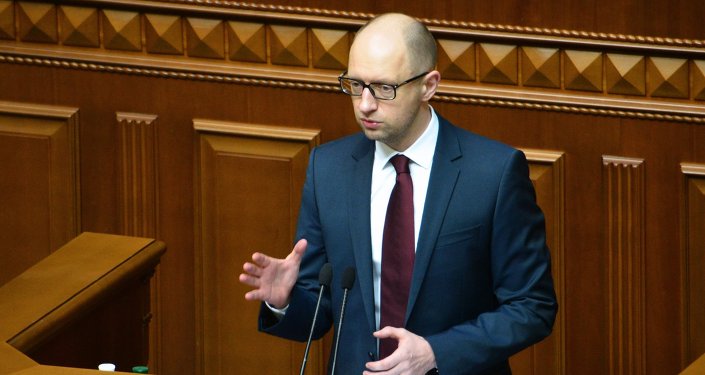 © Sputnik / Evgeny Kotenko
Ukrainian Parliament May Check Yatsenyuk for Corruption
"We agreed that over the next two months US customs officers will arrive and work in Kiev and Odessa customs offices and share their experience," Nasirov said, as quoted by the source.

The Ukrainian parliament is trying to combat large scale corruption in the country. Last year, Ukraine was ranked 142nd (tied with Uganda and the Comoros Islands) on the list of the most corrupt countries in the world, conducted by Transparency International (TI). Corruption exists in many spheres of Ukrainian public services, but the most corrupt are the legal system, the police and the health services, as well as the parliament itself, according to TI.

Now if the US Customs delegation is supposed to teach Ukrainians how to fight corruption, Nasirov has certainly chosen the wrong kind of guys to help him out. The CBP is known as America's most corrupt police force. The CBP has the highest per-capita record of officers being arrested for corruption. Moreover the agency has a culture that includes the use of deadly and unnecessary force against unarmed people, the LA times said.

The problem has become so widespread that the US government decided to hire more than 300 new investigators to make sure that the 44,000-men strong agency is free of corruption, the Government Executive reported.

So, turns out that the CBP and the Ukrainian Customs Services are cut from the same cloth — both are corrupt to the bone. Now the only question that remains to be answered is who will show more sophisticated methods of corruption and teach their colleagues to be even more corrupt. Face palm.