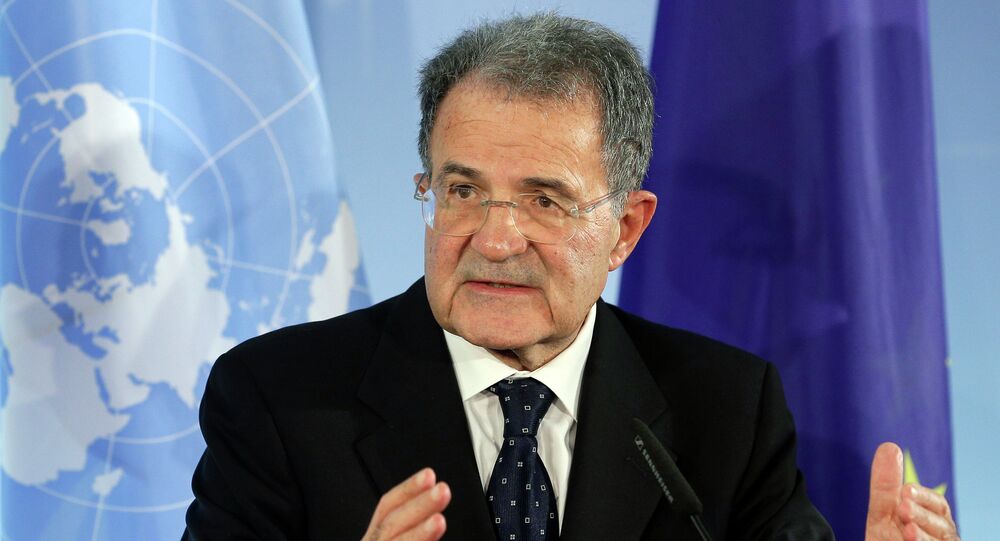 The agreement reached between Greece and its lenders will not prevent Greece from facing economic collapse and should be reconsidered, former Italian Prime Minister Romano Prodi claims.

The EU should demonstrate "generosity" and write off Greece’s debt, as it was done in case of Germany in 1953, former Italian Prime Minister and former head of the European Commission Romano Prodi said on Thursday.

"I have always believed that Greece will never be able to repay this debt. Writing-off German debt in 1953, which [the country] was unable to repay, was an act of wisdom. Today we need the same generosity," Prodi said in Rome during a world economy forum.

According to the politician, the agreement that was reached on Monday between Greece and European creditors, "prevented the worst, but [did] not resolved the problem." The main problem is the tension and misunderstanding among European countries. If Europe will not be able to be a place of unity and common interests, this will have negative consequences for all its members.

© AP Photo / Markus Schreiber
Germany Hypocrisy Over Greek Bailout Terms Exposed
Germany is now a strong leader in the European Union, and it should "have the wisdom to take into account the interests of everyone," Prodi said.  He also stressed that the IMF should have not participated in the resolution of the Greek crisis as its involvement has sown doubts about the EU’s ability to resolve the issue.

On Monday morning, leaders of the Eurozone countries made an unanimous decision to resolve the Greek debt crisis and approved another loan program. The aid program provides for a further allocation of 82 to 86 billion euros over three years in exchange for tough reforms, which are likely to cause resentment among the Greek population.