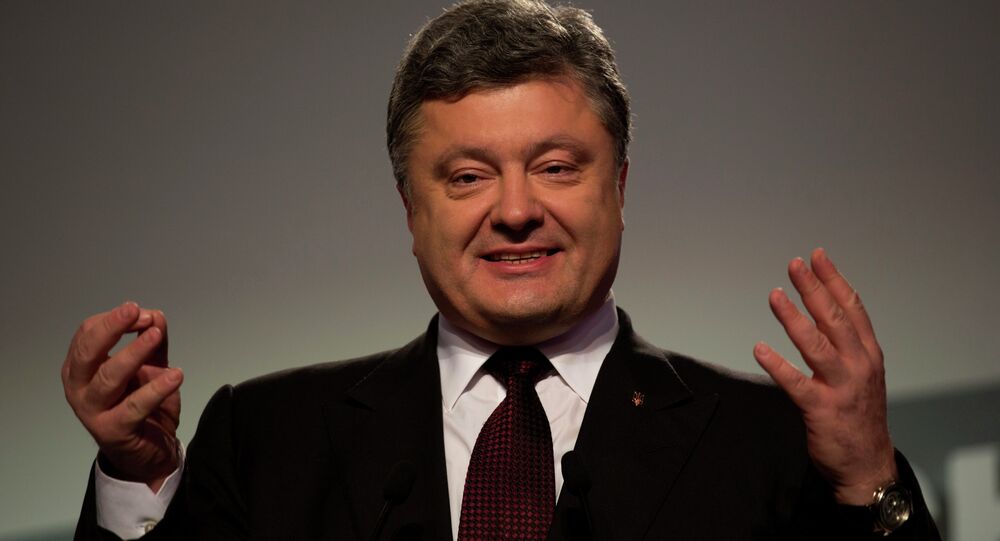 Poroshenko has submitted a proposal on constitutional amendments on the special status of Donbass to Ukraine’s parliament.

According to the Rada website, the draft proposals aim to revise Ukraine’s constitution to include a section on the special status of the Donetsk and Lugansk regions.

Poroshenko first submitted a draft law to the Rada with proposed constitutional changes on decentralization on July 1. However, the bill, approved by Ukraine's constitutional commission in late June, did not envision a special status for Donbass.

On Monday, the Russian Foreign Ministry said in a statement that the original proposals on amendments to the Ukrainian constitution fail to comply with the Minsk agreements as the draft was put together without consultations with Donbass representatives.

Kiev launched a military operation in Donbass in April 2014. Local residents were against the new coup-installed government and have been asking for more autonomy.

Kiev-Led Army in Donbass to Be Armed to the Teeth

Kiev Actions in Donbass Can Be Considered Crimes Against Humanity - Kremlin