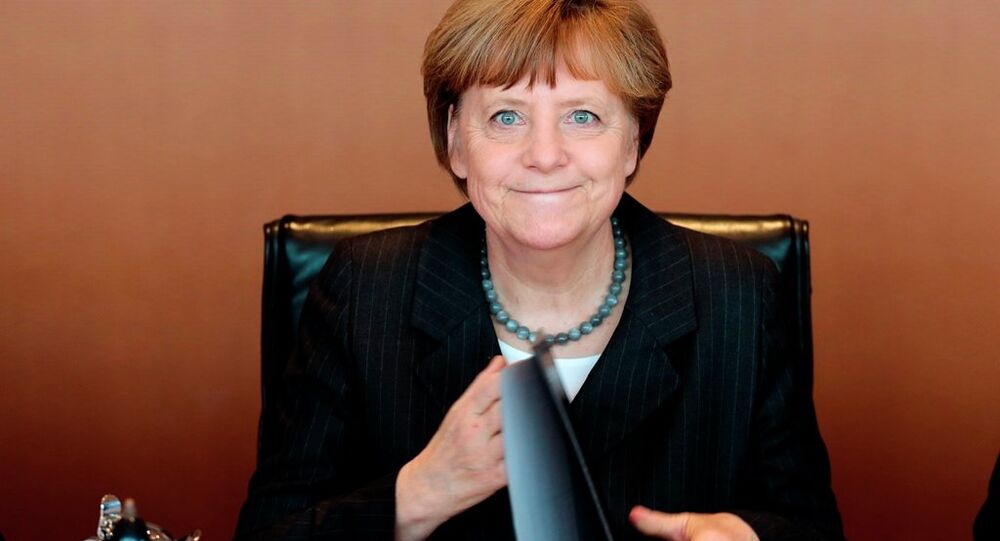 A committed evangelical Christian who has been married twice, German Chancellor Angela Merkel has taken her stand against gay marriage.

© AP Photo / Manuel Balce Ceneta
US House Speaker 'Disappointed' by Supreme Court’s Ruling on Gay Marriage
The chancellor does not support gay marriage, as she believes marriage should be defined as “a man and a woman living together,” according to an interview with a YouTuber named LeFloid.

“I’m someone who is very supportive of us eliminating all discrimination. We have come a long way; when I remember, 25 years ago, many people didn’t dare to say that they are gay or lesbian."

Merkel does support equal benefits for same sex couples, however, including tax breaks, and she supports civil partnerships.

“For me, personally, marriage is a man and a woman living together. That is my concept, but I support civil partnerships,” she said. “I support us not discriminating against them when it comes to taxes, and to remove any other discrimination wherever we may find it.”

The sanctity of marriage, evidently, of which she’s had two, is where she draws the line.

"I don’t want discrimination and [I want] equality, but I make a difference at some point," Merkel stated.

“So you could say: no to discrimination, but we’ll keep differentiating between the two?” Merkel’s interviewer asked.

“No discrimination.” Merkel answered. But, “marriage is a man and a woman living together,” she concluded.

In May, following the referendum in Ireland, the chancellor ruled out the possibility of introducing same-sex marriage as an option in Germany.

“Today was an important milestone in dismantling discrimination and the chancellor is pleased about that… but same-sex marriages are not a goal of this government," Merkel’s spokesperson told Reuters at the time.

In 2001, Germany began to recognize civil unions of same-sex couples, but they are still not recognized as “married” and cannot jointly adopt children.

“Can someone really support 'eliminating all discrimination' if they believe that same-sex unions shouldn't be labelled as 'marriages'? It must be a quiet week for Angela if her current concern is synonyms,” a spokesman for Stonewall, a UK gay rights charity, told the Daily Mail.