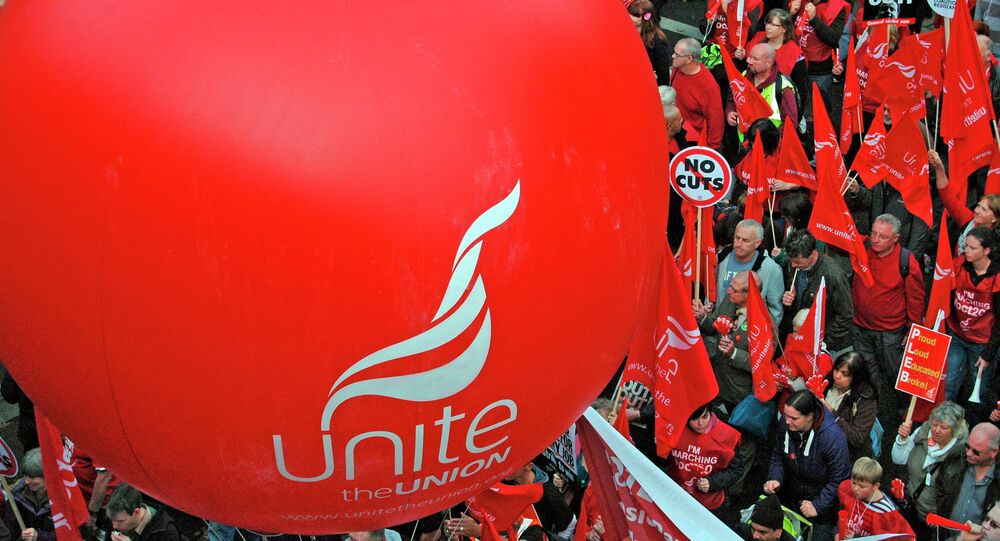 UK Prime Minister David Cameron's government has been accused of taking an axe to the unions and crippling the funding of the opposition Labour Party, with the proposed introduction of a law redolent of the anti-union Thatcher era.

The UK Trades Union Bill unveiled on Wednesday, is designed to clamp down on strike action called by a minority of members and allowing employers to bring in temporary staff to cover essential jobs during a strike, as well as limiting the number of strikes allowed on a picket line, to prevent intimidation.

#TradeUnionBill criminalises EVERYONE on a picket line with more than 6 people. Unfair. Unnecessary. Undemocratic. pic.twitter.com/tuvYTkUIwx

The Conservative Government — the first to enjoy majority power for 18 years — has long wanted to clamp down on industrial action and the new bill is the first opportunity it has had to curb the power of the unions since Margaret Thatcher took them on during the 1980s.

The Tories have shown once again that it's one rule for them and another for working people #TUbill #tradeunionbill pic.twitter.com/6t5beXUOgA

Thatcher came to power in 1979 determined to take on the unions.  She famously took on the miners' union, the NUM, which led to the devastating strike of 1984-85 which destroyed the power of the NUM and set in train a series of legal obstacles to industrial action — which she believed had blighted Britain in the 1970s.

The bill will also introduce an opt-in process for union member payments to the political fund. Essentially, this would mean the individual members would be able to opt-in to, or stay out of, payment to a political party. Traditionally, a huge amount of the Labour Party's income is derived from the unions and the opt-in will deal a huge blow to its finances.

The bill will introduce a 50 percent voting threshold for union ballots turnouts and a requirement that 40% of those entitled to vote must vote in favor of industrial action in certain essential public services, including health, education, fire and transport.

"A grossly unfair package of measures that will tip the balance of power in the workplace."

"The proposals will make getting a much-needed pay rise, stopping job losses or negotiating better conditions at work much more difficult. They'll make it harder for unions to do their day-to-day job of dealing with problems in the workplace before they escalate into disputes. And they'll stifle protests against cuts to public services, like closures of SureStart [child and family advice] centres, libraries and care services," she said.

"It's a strange choice for the party that wants to position itself as the workers' champion. Not measures to tackle exploitation at work or boost productivity, but an unnecessary attack on workers' rights and civil liberties."

The #tradeunionbill is so appallingly unjust and hypocritical that it's really hard to know where to start in taking it apart.

Carolyn Jones, Director of the Institute of Employment Rights said: "By demanding a 50% turnout threshold in a ballot and an additional 40% yes vote requirement in "core public services", the Tories hope to make it impossible for unions to organize lawful strikes. Add to that the new time limitations on ballot mandates and the Bill is an open invitation to employers and courts to interfere and delay legitimate industrial disputes.

"To make it worse, even during official industrial action, there are suggestions that legislative changes will allow bosses to bus in agency workers to cover the jobs of strikers, abandoning a law that's been in place since 1973. Any attempt to picket the workplace to prevent the use of scab labor will be subject to new criminal sanctions, backed up by new and intrusive surveillance legislation."

Calls for End to Attacks on European Workers' Rights