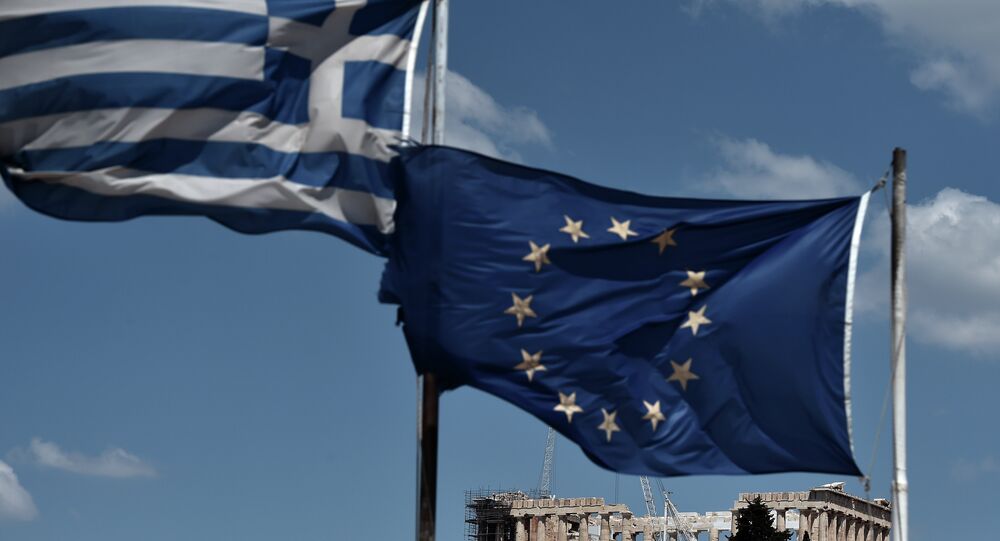 A new bailout agreement reached between Greece and its creditors is not the end of the debt crisis in the country, renowned US businessman and investor Jim Rogers said.

The bailout agreement signed over the past weekend is just a temporary solution to save foreign banks and a few politicians at the moment, but the problem is far from being over, Rogers told Radio Sputnik.

"There is no way Greece can ever pay its debt," Rogers said.

The best option for Greece right now is to accept the reality and declare bankruptcy, the US businessman suggested. After bankruptcy, however, Greece should stay in the Eurozone, as there are no real reasons to leave the euro, he added.

According to Rogers, it's Greece's own fault that the country has ended up with the huge debt. Nobody forced Greeks to borrow and spend large amounts of money, Greeks chose to do it themselves, Rogers argued.

© AFP 2020 / Angelos Tzortzinis
New Bailout Agreement Greece’s ‘Unconditional Surrender’
"You and I didn't cause the problem. They caused the problem themselves," the investor said.

Over the past weekend Greek leaders were forced to sign the new bailout agreement with their creditors. The cash-strapped Mediterranean nation will now receive a €95-billion bailout over the next three years in exchange for harsh economic reforms and further austerity measures.

The new bailout plan indeed comes with very harsh conditions. One of them is that €50-billion worth of Greek public assets must be given under the control of a German bank-owned external fund. Essentially, this means Greece must hand over its public assets to the foreign bank to be privatized over time.