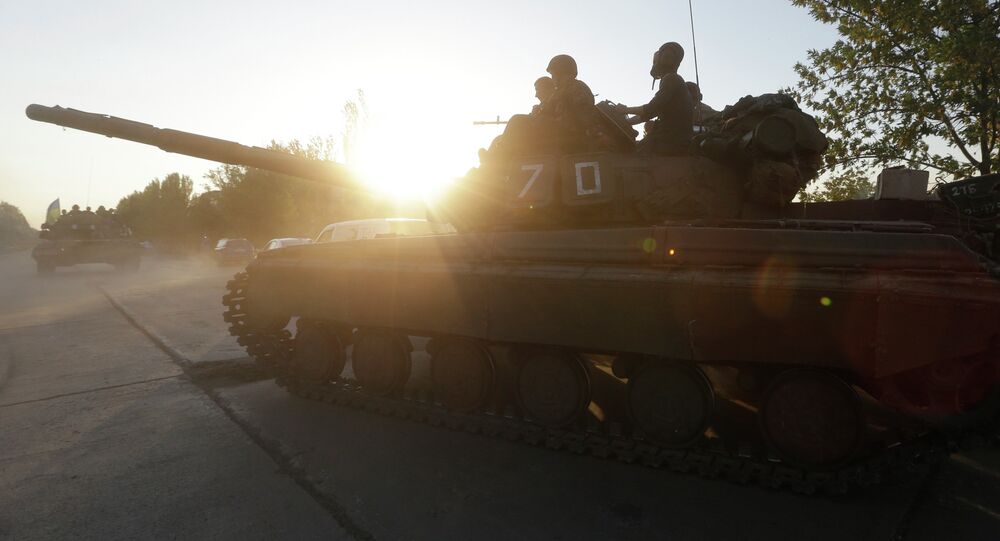 Kiev-Led Army in Donbass to Be Armed to the Teeth

Looks like the war in Donbass will continue for a while, as the Ukrainian Armed Forces keep increasing their military arsenal and moving it closer and closer to the line of fire in Donbass, according to Ukraine’s Defense Ministry.

The Ukrainian Armed Forces have significantly increased their military capabilities since the start of 2015, said Viktoria Kushnir, the press secretary for the Ministry of Defense, according to Ukrainian Independent Information Agency (UNIAN).

"Since the beginning of 2015, Ukraine's Ministry of Defense has signed 71 military contracts and additional agreements to supply arms and military hardware for the Ukrainian Army… the Armed Forces of Ukraine received 1,207 units of military hardware and over 266,000 missiles," the secretary of the Defense Ministry said, as cited by UNIAN.

All of this is happening amidst the ongoing war in Donbass. Since last month, the fighting in eastern Ukraine resumed with vengeance, both Kiev and pro-independence supporters blaming each other for violation of the Minsk peace agreements.

Majority of Ukrainians Ready to Exchange Donbass for Peace