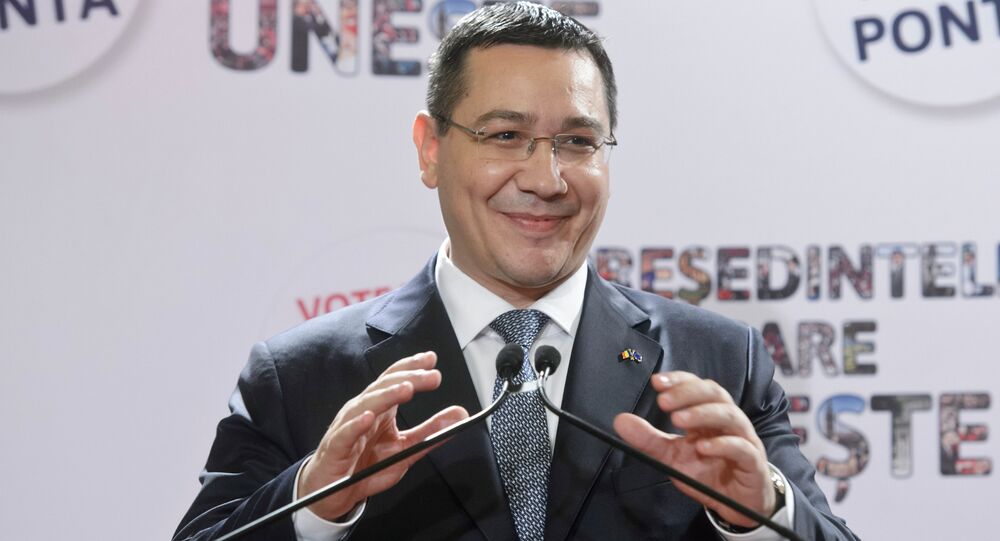 MOSCOW (Sputnik) — The charges date back to the period when Ponta was a lawyer prior to assuming office as prime minister in 2012.

"Prosecutors from the National Anticorruption Directorate (DNA), namely the department responsible for combating crimes related to corruption, launched criminal proceedings against Victor Ponta…. who is currently Prime Minister of Romania, for the following offenses: fraud related to private documents, tax evasion and money laundering," the DNA said in a statement.

© AP Photo
Ongoing Corruption Claims Call Romania's EU Status Into Question
The investigation that led to Ponta's arrest was launched some eight years ago, according to the statement.

Some of Ponta's property has been seized, according to the statement.

Ponta was informed of the charges against him, however, he denied any wrongdoing, the agency said.

Romanian Prime Minister to Step Aside After Surgery Amid Corruption Scandal

Some 2,000 Supporters of Moldova-Romania Reunion Rally in Chisinau