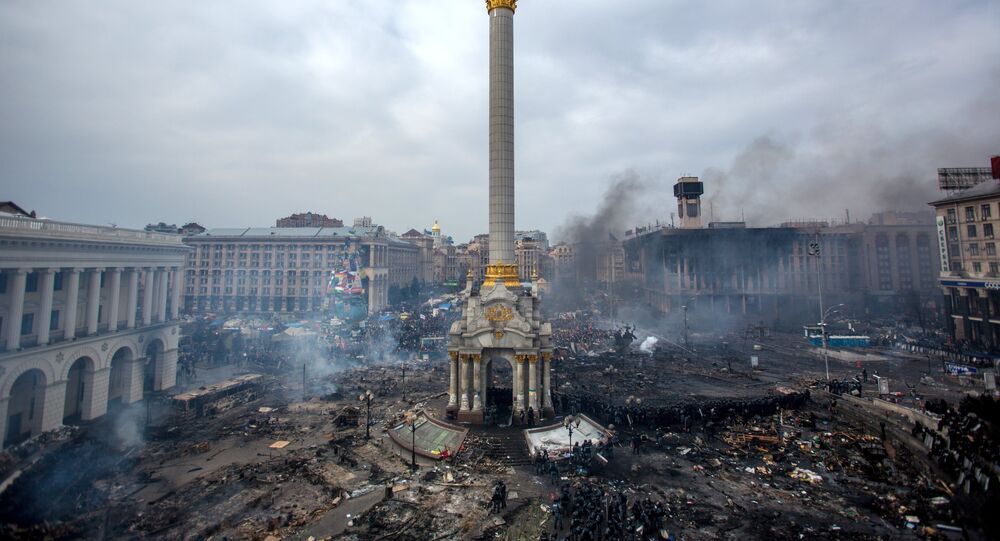 The Canadian embassy in Kiev was used as a haven for anti-government protesters during the uprising that toppled the government of former President Viktor Yanukovych, Canadian media reported.

© Sputnik / Evgeny Kotenko
Former Maidan Activists Start Fighting Against Ukrainian Police - Reports
“It began, according to several sources in Kiev and Ottawa, when one of the protesters being chased by riot police waved a Canadian passport at embassy security. Once the door was open, the individual was quickly followed by other demonstrators armed with sticks and paving stones,” The Canadian Press reported on Sunday.